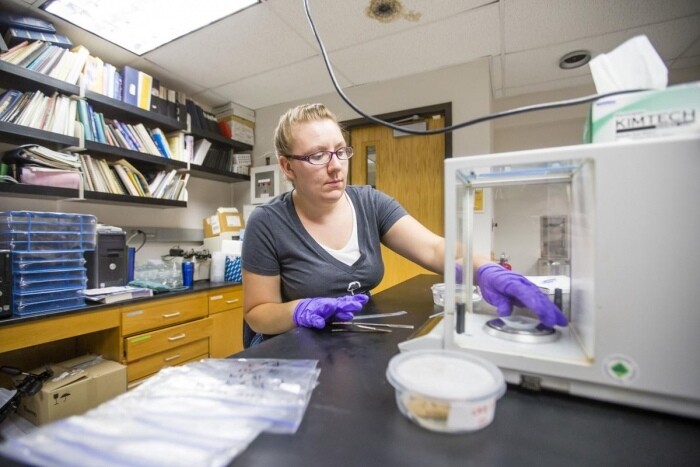 The caterpillars are talking, and researchers at Colorado State University in Pueblo are listening as they explore the mysteries of cannabis. Questions are plentiful. Federal law hasn’t allowed much scientific research into this ancient plant, once widely shunned in the U.S. and now increasingly accepted.

Just what, exactly, makes cannabis tick? Its genetic code isn’t fully understood. A well-known, non-psychoactive chemical compound in cannabis called CBD has been shown to help relieve some seizures — there’s a federally approved CBD drug now — but what else can CBD or other cannabis compounds do?

It’s a question university researchers across the country have been tackling, including in Michigan. At the University of Michigan, medical marijuana has been studied for chronic pain management. Michigan State University studies are exploring how cannabis compounds might help protect the brain against inflammation caused by disorders like Parkinson’s and Alzheimer’s.

If Michigan voters in November approve Proposal I to legalize adult-use cannabis, at least $40 million more could go into research. Proposal I earmarks state marijuana tax money for clinical trials to study the use of marijuana in treating medical conditions of military veterans and preventing veteran suicide.

In Pueblo, experiments with caterpillars are pointing to potential new uses of the CBD compound. Could CBD act as a natural pesticide? Or could it be used to treat an alcohol hangover?

In one experiment, caterpillars ate up cannabis leaves that contained a little CBD but rejected leaves with high levels of the substance. Another experiment showed that the deadly effects of alcohol on caterpillars appeared to be mitigated by CBD.

He muses about where that information ultimately could lead — perhaps treating or preventing a hangover? But much more research would have to be done, maybe next in mice, then maybe in humans. “Our ultimate goal of this research is for the human application,” he said.

Park is thinking about many possible health benefits from CBD, which he says is already known for anti-inflammatory, pain relief and other properties, as well as for seizure relief. In June, the Food and Drug Administration approved the first cannabis-derived drug to treat some seizures caused by epilepsy, a CBD oral solution called Epidiolex. Park also is conducting research that looks at how CBD might affect metabolism, which could have implications for managing diabetes.

Park’s work is among a dozen or so projects underway at the Institute of Cannabis Research, which was founded in 2016 at this Colorado State University extension campus in Pueblo, about two hours south of Denver.

Institute director and chemistry department chair Chad Kinney said cannabis research is needed as more states legalize marijuana but the scientific evidence of its health or other effects remains scant.

It’s been difficult to study the plant in the U.S. because of its federal classification as a Schedule I drug, meaning it’s considered highly addictive and of no known medical value. Schedule I includes other drugs like heroin and Ecstasy.

But the 2014 Farm Bill opened the door for more research on industrial hemp, the non-psychoactive type of cannabis, Kinney said.

No federal money has come through for research, according to Kinney, but the state of Colorado provides the institute’s annual budget of $1.8 million.

Pueblo County gave the institute $270,000 in 2016 marijuana tax money to study the effects of legal cannabis on the community. The study, published at the end of 2017, looked at education, jobs, law enforcement, and economic impact, among other things. Researchers estimated a net positive impact on the county of more than $35 million from retail marijuana, but in general noted difficulty in determining impacts because of a lack of long-term data. Colorado legalized adult-use cannabis in 2012, and retail sales started in 2014.

The cannabis institute, meanwhile, is delving into an array of other research projects, including the labeling of marijuana edibles (where there seems to be widespread confusion), using hemp fibers in 3-D printing, and growing hemp to clean contaminants from the soil.

Another significant piece of research is mapping the DNA sequence, or genome, for cannabis.

“I would say this is one of the most important things because of all the repercussions and all of the future endeavors that are available once you have a reference genome,” botanist and researcher Brian Vanden Heuvel said.

Park said knowing the DNA sequence could, for example, lead to genetic modifications that boost certain traits, such as stronger hemp fiber or levels of chemical compounds like CBD or THC (the psychoactive substance found in marijuana). Genetic tweaks could make the male cannabis plant — which is generally weeded out after pollination — produce something growers desire, he said.

All those possibilities are stored inside the genome, if researchers can unlock it. “Having that blueprint,” Vanden Heuvel said, “can be very important in changing how we view cannabis and what we can do with cannabis.”

(as of March 30, 2020 - More infoProduct prices and availability are accurate as of the date/time indicated and are subject to change. Any price and availability information displayed on [relevant Amazon Site(s), as applicable] at the time of purchase will apply to the purchase of this product.) 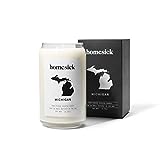 $29.95 $29.89
The smell of tart cherries and rich chocolate evok... read more
(as of March 30, 2020 - More infoProduct prices and availability are accurate as of the date/time indicated and are subject to change. Any price and availability information displayed on [relevant Amazon Site(s), as applicable] at the time of purchase will apply to the purchase of this product.)

$29.99
Officially Licensed: Show off your school colors w... read more
(as of March 30, 2020 - More infoProduct prices and availability are accurate as of the date/time indicated and are subject to change. Any price and availability information displayed on [relevant Amazon Site(s), as applicable] at the time of purchase will apply to the purchase of this product.)