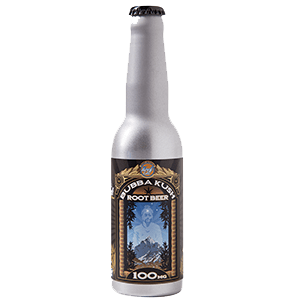 This medible review is for the Keef Cola – Bubba Kush Root Beer – 100mg version. For those with a lower tolerance, Keef Cola also makes a 10mg version of this root beer.

Root beer is arguably one of my favorite soft drinks and I enjoy sampling them whenever I can. Bubba Kush Root Beer from Keef Cola took my favorite beverage and added 100mg of THC to create the best cannabis infused rootbeer.

There are lots of cannabis infused beverages out there but nothing quite matches the smooth delicious taste of an ice cold Bubba Kush root beer.

I must not be alone on this sentiment, as Bubba Kush Root Beer earned the coveted 2015 High Times Cannabis Cup for Best Edible!

Not only is this the best tasting drinkable weed there is, the effects are equally on par. It makes you feel all warm and fuzzy both inside and out.

The slight hash taste really compliments the root beer like they were meant for each other. The perfect beverage for relaxing after a long day, Bubba Kush root beer will surely help you blissfully unwind.

What also instantly comes to mind when you think of rootbeer? For an extra special treat, pour into a frozen mug over some vanilla ice cream; The World’s Best Medicated Root Beer Float!

The best part of cannabis infused drinkables is the speed in which they hit you. I was taking my time to enjoy this root beer but that didn’t happen. The Indica derived warm-fuzzies started to take hold of me by the time I was slurping up the last drops.

The effects continued for about 4-5 hours before fading away ever so gently. The entire session was totally relaxing but without losing focus and mentally drifting off. I am just as happy sipping this for breakfast as I am downing it before bed.

If Root Beer is not your thing, Keef Cola also has 7 other flavors like cherry cola that you can try.

Bubba Kush Root Beer by Keef Cola rose to the top for a reason folks, do yourself a favor and pick up a bottle or 2 at your local dispensary and experience why. Now if only I could get this on tap somewhere……