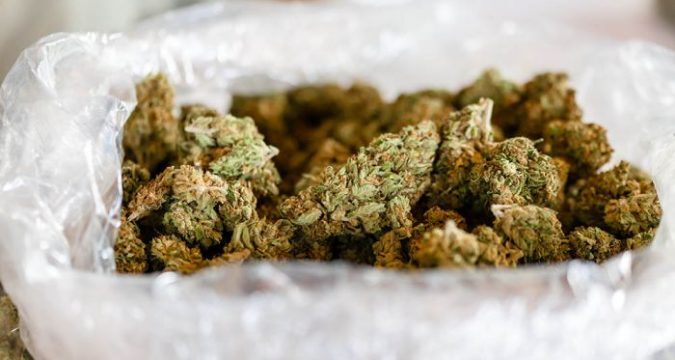 The Illinois Department of Financial and Professional Regulation announced the number on Feb. 3. Officials said the final total of $39,247,840.83 came from the sale of 972,045 cannabis products at licensed retailers across the state.

The state also said the lion’s share of those sales went to Illinois residents, who purchased over $30 million worth of pot, while those visiting tourist destinations like Chicago or just jumping state lines to escape dated marijuana laws spent almost $9 million.

“A portion of every cannabis sale will be reinvested in communities harmed most by the failed war on drugs,” the state’s report noted.

The office of Illinois Gov. J.B. Pritzker said the first month of legal cannabis sales was a success, and again emphasized the importance of equity in the cannabis industry.

“The successful launch of the Illinois’ legal cannabis industry represents new opportunities for entrepreneurs and the very communities that have historically been harmed by the failed war on drugs,” said Toi Hutchinson, senior advisor for cannabis control to Pritzker. “The administration is dedicated to providing multiple points of entry into this new industry, from dispensary owners to transporters, to ensure legalization is equitable and accessible for all

So where does that $40 million in first-month legal cannabis sales rank all time among other states that have legalized? Let’s look at Nevada first. The Las Vegas Review-Journal reports that, in September 2017, Nevada officials announced the state had sold $27 million worth of cannabis products. We have some slightly longer periods we can look at too for Nevada, as the Nevada Dispensary Association said the first four months of legal sales from July through October 2017 saw $127 million in sales.

So if Illinois was to keep pace with its first month sales, keeping in mind there hasn’t been enough flower to go around when it transitioned to the legal market, it could hit nearly $160 million in the first four months, blowing Nevada out of the water again.

In Colorado, the state’s dispensaries sold $5 million worth of pot in the first week. Years later, Colorado ramped up to selling $119 million in the month of January 2018. But that would be the last month that Colorado served as the state selling the most pot per month in America.

That’s because California’s adult-use cannabis market came online in January 2018 and conducted $114 million in sales, according to BDS Analytics. By February 2018, California would be the largest legal marketplace in the world and never look back. (Of course, these numbers only reflect the legal market, and experts estimate that California’s traditional underground cannabis market is still worth three times that of the legal one.)

So while Illinois may have not had as big a start as the more populous California, it was plenty reputable. Plus, they have a bunch of other cool stuff going on.

Recently, the Illinois Department of Agriculture started the application process for cannabis infusers, craft growers and transporter licenses. They’ll start taking them on Valentine’s Day and people will have a month to get them in.

“Social equity applicants will receive additional points on their application and are eligible to receive technical assistance, grants, low-interest loans and fee reductions and waivers,” the state noted.

Illinois equity-centric plan for marijuana legalization has long been considered one of the most progressive approaches to fight off the damage done by the War on Drugs to communities of color. One of the most important parts of the program is there will be money to support entrepreneurs from those impacted communities, which is currently an issue with a lot of equity programs in other places.

Here’s a comparison of each state with legal cannabis sales, in order of when they opened up for sales, and how much they earned: