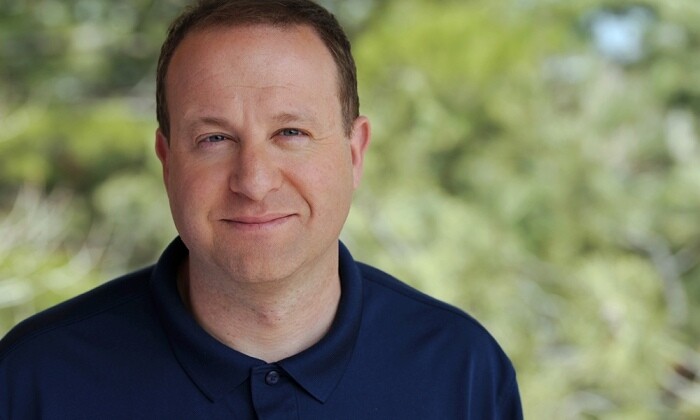 As Colorado voters go to the polls today to choose gubernatorial candidates, the Democratic favorite is Jared Polis—now a progressive member of Congress and perhaps the foremost cannabis advocate on Capitol Hill. Support from the state’s now-formidable cannabis voting bloc could put him on the path to becoming the most herbal-friendly governor in the United States.

The race to succeed two-term Gov. John Hickenlooper is the top item In the Centennial State’s midterm primary today. Colorado has an open primary pursuant to a 2016 voter initiative —which means anyone is free to vote, regardless of party affiliation. And leading the Democratic field by a healthy 13 points is Jared Polis.

Polis has placed his Denver campaign headquarters on South Broadway, right before the street’s “Green Mile” of cannabis dispensaries, Westword also notes. Earlier this month, that’s where he announced he wanted to give a “Colorado welcome” to Attorney General Jeff Sessions, who just flew into town to speak at the Western Conservative Summit. The Denver Post reported that Polis headlined at the rally against the conservative confab on June 8 — another case of the usual party positions on “states’ rights” being ironically reversed where cannabis is concerned.

Westword quotes Polis promising that if elected, he’ll fight back against Trump, Sessions and “anyone else who seeks to intervene in state law.”

In truth, Polis is by no means a single-issue candidate, even if he’s refreshingly forthright on cannabis. His campaign is also advocating universal Medicare, a statewide transition to 100 percent renewable energy by 2040, and free pre-K and kindergarten for all. He’s been a ground-breaker in several ways. He was the first openly gay parent in Congress and supported legal cannabis and marriage equality well before it was cool.

Actually, he’ll owe it in part to his own personal wealth. While still a young man, the Boulder native and Princeton graduate cashed in on the dot-com boom, turning his family’s greeting card business, Blue Mountain Arts, into a tremendously successful e-card retailer. He was also the founder of English-language schools for immigrants in Colorado, before first being elected to Congress in 2008, according to a profile on Colorado Public Radio.

In Washington, he became a founder of the Congressional Cannabis Caucus. In 2013, he introduced legislation that would effectively end the federal prohibition on cannabis, and supported similar efforts by other lawmakers. In 2011, he signed an open letter to President Obama protesting continued federal raids on medical marijuana dispensaries, and another such letter in 2014 calling on Obama to use his presidential authority to re-schedule cannabis.

On the gubernatorial trail, Polis has been calling out incumbent Hickenlooper over his veto of three pieces of cannabis legislation over the past weeks: one that would have extended medical marijuana access to patients with autism spectrum disorders, one that would have allowed for increased investment in the state’s cannabis industry and one to allow consumers to sample cannabis products in “tasting rooms” at licensed dispensaries.

“If I have the opportunity to be governor of Colorado, I would sign this bill increasing access for medical marijuana to those on the autism spectrum, enabling investments in legal cannabis businesses that help reduce costs for consumers and create jobs,” Polis told Marijuana Moment website in a phone interview.

As  The Coloradoan reports, with Polis stepping down from Congress to run for governor, there will also be a Democratic primary for his congressional seat in Larimer County, where Fort Collins is located. Both of the candidates for that seat — Joe Neguse and Mark Williams — share Polis’ progressive politics.

Contending for governor on the Republican side are current state Treasurer Walker Stapleton, former U.S. Small Business Administration chief for Colorado Greg Lopez, former investment banker Doug Robinson, and former telecom CEO Victor Mitchell. Stapleton wants to rein in the state’s legal marijuana program, although he says, “I don’t think a repeal is a realistic option.” Among the Republican contenders, Lopez is probably the most liberal where cannabis is concerned. Robinson, who is Mitt Romney’s nephew, has been an active crusader against retail cannabis sales. Mitchell is also campaigning on restricting (although not repealing) legal cannabis.