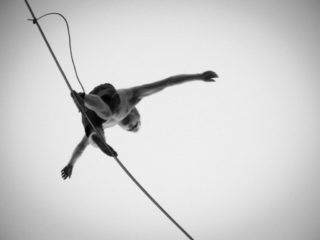 Properly managing marijuana supply is the single most challenging aspect of state-level marijuana regulation. In an op-ed published January 12th in the Oregonian, Billy Williams, U.S. Attorney for the federal district that encompasses Oregon wrote about what he calls Oregon’s “massive overproduction problem.” According to Williams, postal agents in Oregon seized 2,644 pounds of marijuana in outbound parcels in 2017 alone. Decreasing wholesale prices in Washington and Colorado indicate oversupply as well based on the inverse correlation between supply and price. We hear anecdotes in Washington all the time from marijuana producers that are finding it more and more challenging to survive with the current market prices.

If this were any other market, data points indicating falling prices and oversupply would be wholly unremarkable. Free markets tend to find an equilibrium point between supply and demand that support relatively stable wholesale and retail prices. Free markets also tend to self-correct, if given the opportunity to do so. If businesses in a market are all extremely profitable, new firms are induced to enter the market. The entry of those new firms tends to increase competition and decrease profits across the board, signaling to other would-be market participants not to enter. Similarly, if things are not going well and competitors exit the market, surviving businesses are given a little bit more room to maneuver and succeed.

But standard markets differ from cannabis markets. They have a longer history from which to draw conclusions and base expectations. The legal cannabis markets in Washington and Colorado didn’t really start until 2014. It is challenging to determine what effects outside forces have on those markets when there isn’t historical data to draw on. How elastic are cannabis markets– meaning, how price-sensitive are they? We are learning a lot now, but the cannabis data we have pales in comparison to, for example, the alcohol market with data going back to prohibition.

The cannabis market’s short life span can also explain why market participants often act differently than one might expect. People investing in the cannabis market see it as a once-in-a-lifetime opportunity to get in on the ground floor of something. Whether it’s the original dotcom bubble, bitcoin, or marijuana, new markets create hope of potentially boundless returns. Because of that hope, firms tend to stick around longer than one might expect — you don’t want to be the person that exited the industry right before it took off and made everyone in it a billion dollars.

And that hope is part of the reason that oversupply issues exist in legal marijuana states. Oversupply by itself wouldn’t be a problem if not for cannabis’s federal illegality. Because even in the cannabis market, forces will eventually correct oversupply and get us to equilibrium. Companies aren’t going to stay in business losing money year after year into eternity. But whereas other markets get the benefit of time to find that equilibrium, cannabis oversupply issues bring threats of federal enforcement. If there is too much supply in the legal market, the incentives remain for certain unscrupulous and desperate cannabis businesses to cut their losses and sell their overage in the black market.

Which brings us back to state regulations. If we could have had Eric Holder as attorney general for ten more years, the Department of Justice may have understood that legal cannabis markets need time to adjust, and that the adjustment period would be occasionally rocky. But under Jeff Sessions and the U.S. Attorneys that share his views, these periods of market adjustment provide ample opportunity to criticize state cannabis programs and claim that federal law enforcement is necessary due to black market leakage.

Ending the cannabis black market is the one shared goal that prohibitionists and legalization proponents have in common. No one thinks that empowering an underground illegal cannabis market is a good idea. But if states move too far in controlling supply because they are worried about black market leakage inviting in federal law enforcement, legal cannabis prices will rise too high within those states. And those high prices will incentivize black markets to continue selling outside the eye of any state regulatory system.

This tightrope is why managing supply is such a tough nut to crack for state regulators. If U.S. Attorneys and the Department of Justice really want to see the end of cannabis sales in black markets, though, they will provide room for the legal markets to stabilize and find their natural supply, demand, and price points on their own.