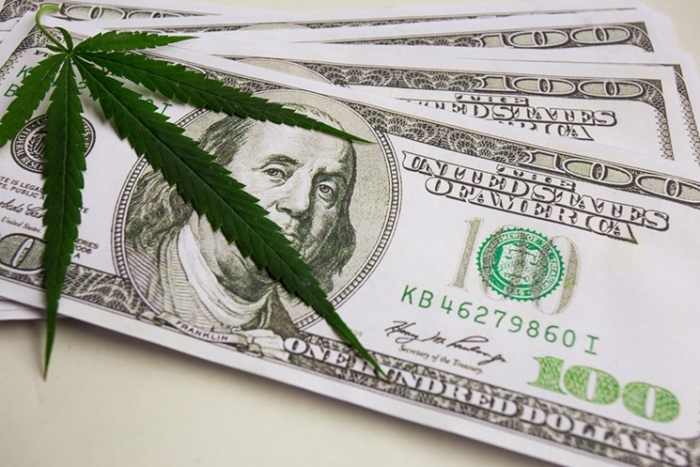 A few years ago, a bill like HB 1011 would have seemed tantamount to Colorado flirting with greedy corporations hell-bent on squeezing out mom-and-pop cannabis shops while raking in mega-profits from the booming industry. But times have changed, says Representative Dan Pabon. He’s the primary House sponsor of HB 1011, which would ease restrictions on the cannabis industry’s growth potential by making the state more attractive to deep-pocketed domestic and international investors.

Last week, three legislators put forward the bill, which would remove barriers to operating publicly traded cannabis companies in the state. (There are a handful of publicly traded cannabis companies in the country, including Denver-based Medicine Man Technologies and Kush Bottles, which are all traded as over-the-counter securities or penny stocks on the OTCQB, not the NASDAQ or major exchanges.) The most significant change proposed under HB 1011 would be opening the doors to an unlimited number of out-of-state investors for cannabis businesses. Investors can include corporations, as ownership is no longer limited to people.

“We’ve seen many entrepreneurs and businesses grow and prosper here in Colorado,” Pabon says. “With the advent of California and Oregon and other states coming online, there’s much more competition for capital investment and financial resources. … We didn’t want Colorado to be left behind in any way.”

This isn’t the first time the state has eased restrictions on ownership requirements for the industry. In 2016, legislators passed SB 40, which reduced the two-year residency requirement to just one year and capped out-of-state investors to fifteen “natural” persons.

With California casting a long shadow over Colorado — it will be the top cannabis market in the country with an expected $3.7 billion in sales this year — and more states legalizing with every passing year, Colorado legislators and industry stakeholders hope that removing prohibitive ownership restrictions will help the state maintain its edge as the first regulated recreational marijuana market.

“This legislation will ensure that Colorado maintains its position as a leader in the cannabis industry by leveling the playing field with the other states that do not prohibit publicly traded company participation in the industry,” says Kristi Kelly, executive director at the Marijuana Industry Group, a Colorado trade association. “It’s crucial to open up this option to businesses of all sizes, with the appropriate guardrails to maintain the integrity of our regulated businesses. New access to capital benefits small and large businesses alike. Colorado is the only place where this prohibition exists.”

But some in the cannabis community aren’t so optimistic. Ashley Weber, owner of a hemp CBD company and executive director of Colorado NORML, says the nonprofit advocacy organization has mixed feelings on the bill, saying that it could be “the rise or ruin” of the state’s cannabis industry.

“It’s a little to early to say what our organization feels,” Weber says. “As of now, I think we’re neutral on this issue.” However, she concedes that while more research needs to be done, “this could improve cannabis in Colorado, and therefore, our cannabis consumers could benefit from lower prices and better quality-controlled cannabis.”

If the bill were approved, the Colorado Department of Revenue would need to boost the Marijuana Enforcement Division’s spending for increased travel-related expenses for background checks and investigations of investors who hold stock shares of 5 percent or more in a cannabis company.

The proposed bill would also limit the requirement for disclosures and background checks to those holding at least 5 percent of a company’s stock shares. The final thing the proposed bill does is allow publicly traded companies to hold a marijuana license.

Will this bill be the end of independent dispensaries? Until cannabis is federally legal, Pabon doesn’t see an imminent threat of a corporate takeover.

“I don’t think it’s as much of a concern as people have thought,” Pabon says. “The fact of the matter is, the product is still federally illegal, so there’s certainly some risk in investing or operating those businesses. Until that changes, I think Wall Street-type companies will be reticent to invest in these types of businesses.”