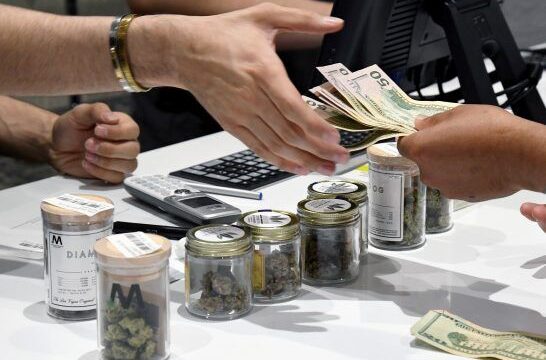 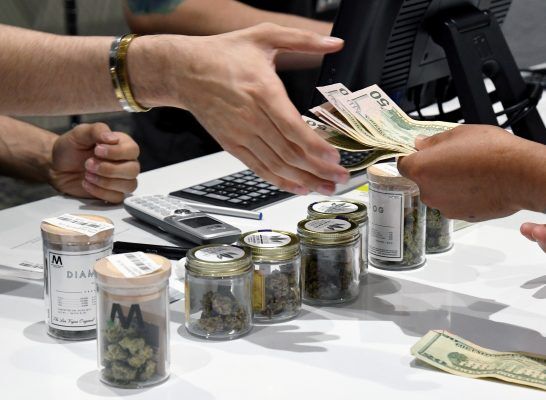 If you live in a place where recreational pot use is legal, you’re probably wondering whether you need to start worrying about getting prosecuted for it. The answer is probably not, at least according to initial indications from the dozen or so U.S. attorneys who get to make that call.

Attorney General Jeff Sessions is under heavy criticism – even from within his own Republican Party – for announcing last week that federal prosecutors can decide for themselves whether to press pot cases in the states that have legalized its use, reversing an Obama-era policy in which the federal government mostly turned a blind eye to marijuana (which is still illegal federally) unless it was tied to violent gangs or drug cartels.

“Today’s memo on federal marijuana enforcement simply directs all U.S. attorneys to use previously established prosecutorial principles that provide them all the necessary tools to disrupt criminal organizations, tackle the growing drug crisis, and thwart violent crime across our country,” Sessions said Thursday.

There was bipartisan pushback:

Rep. Ryan Costello, R-Pa.: “In 2016, PA passed a law to allow patients facing certain illnesses to legally use medical marijuana, and I believe it is critically important the Commonwealth’s law and patients who benefit from it are protected.”

Rep. Julia Brownley, D-Calif.: “The state of California has the right to enact its own policies on marijuana, and the voters have spoken. Rather than wasting taxpayer money going after medical and recreational marijuana users, Attorney General Sessions should concentrate on protecting Americans from criminals.”

California Lt. Gov. Gavin Newsom, Democrat: “States rights” is nothing more than a catch phrase to Jeff Sessions. CA overwhelmingly voted to legalize marijuana. Sick and tired of elected officials who lack the courage to stand up for those that are unjustly targeted by the failed war on drugs. The time to speak out is now.”

Related: “This is outrageous”: Politicians react to news that Jeff Sessions is rescinding Cole Memo

If you’re panicking about Sessions’s announcement, you might not understand exactly what he’s doing. For one thing, the Drug Enforcement Administration doesn’t have nearly enough resources for a serious crackdown on average marijuana users. Recreational use is legal in six states and the District of Columbia – and sales could also begin in Massachusetts and Maine this year – and three dozen states permit medical use.

And Sessions wasn’t even necessarily directing federal attorneys to go after users to the extent DEA resources permit. He was just opening the door as a practical matter, while sending a strong message nationwide about his well-known and long-standing disapproval of weed, experts say.

“I think it is largely a scare tactic where Jeff Sessions is sending a message from his ivory tower to states that have legalized,” Ezekiel Edwards, criminal law reform project director for the ACLU, told me. “It’s his attempt to try to chill progressive drug policy.”

That’s not to say Sessions or other prosecutors won’t single out a business to make a point. They certainly have the resources to seek charges against a distributor of recreational marijuana if they’re seeking to put a chill on the industry.

(As a side note, the Justice Department can’t go after medical use, because since 2014, Congress has maintained a policy in spending bills prohibiting the agency from prosecuting people for conduct permitted by state medical marijuana laws.)

But even on the recreational front, don’t expect wide-scale prosecution anytime soon. Of the 13 U.S. attorneys presiding in the eight states with laws making recreational use legal, several have indicated they’re interested only in going after marijuana distributors or users with ties to crime or violence.

Just four of the 13 U.S. attorney positions in states with approved recreational pot use are held by Trump nominees confirmed by the Senate. The remaining attorneys are either awaiting confirmation, have been appointed as interims by Sessions or are serving as temporary appointees by the president.

– In Colorado, where recreational cannabis has been legal for three years, U.S. Attorney Bob Troyer said his primary concern is whether a prosecution would make the state safer.

“We have more freedom and flexibility to make decisions that make Colorado safer by prosecuting individuals and organizations for marijuana crimes that significantly threaten our community safety,” Troyer’s office said in a statement.

“Rather than give U.S. attorneys any specific direction, the memo returns trust and local control to federal prosecutors and clarifies that they know how to deploy their resources to make their districts safer,” the statement continued.

-While Andrew Lelling, the U.S. attorney in Massachusetts, called marijuana a “dangerous drug” in a statement responding to Sessions’s announcement, he also said his office would concentrate on bulk cultivation and trafficking cases, and those who use the federal banking system illegally.

“This office will pursue federal marijuana crimes as part of its overall approach to reducing violent crime, stemming the tide of the drug crisis and dismantling criminal gangs,” Lelling said.

– Adam Braverman, U.S. attorney for the Southern District of California, issued a somewhat more bullish statement, noting that the “cultivation, distribution and possession of marijuana has long been and remains a violation of federal law.”

“We will continue to utilize long-established prosecutorial priorities to carry out our mission to combat violent crime, disrupt and dismantle transnational criminal organizations and stem the rising tide of the drug crisis,” he said.

To cannabis lawyer Sean McAllister, the most extreme, worst-case scenario is that some U.S. attorneys decide to shut down distributors of recreational pot on a large scale. But he, too, says a more likely scenario is that prosecutors chase black market operators as they’ve already done.

“The idea that they’re going to come after some of us who have state licenses, who follow the rules, still seems a relatively low risk at this point,” said McAllister, who is a member of the National Cannabis Industry Association and whose firm handles cases in Colorado, California, Oregon and Florida.

Sessions’s announcement, however, could prompt more members of Congress to get behind measures making marijuana legal on a federal level or at least prohibiting Justice from prosecuting recreational use in states where it’s legal. Sen. Cory Gardner, R-Colo., is trying to build momentum among senators from those states.

Rep. Ed Perlmutter, D-Colo.: “46 states currently allow for some form of #marijuana use. We’ve come too far to backtrack on this issue now. It’s time to find a real solution that will keep communities safe and respect the will of voters. Let’s start by passing the SAFE Act.”

Sen. John Cornyn, R-Texas: “AG appropriately said we should no longer ignore federal law. If Congress wants to debate changes to federal law it should do so, not ignore it.”

Senate Minority Leader Chuck Schumer, D-N.Y.: “I believe that the States should continue to be the labs of democracy when it comes to recreational & medical marijuana. Jeff, this is one place where states’ rights works. Let each state decide.”

But for now, most people who understand the government’s traditional approach to pot view Sessions’s move as more of a public-relations strategy designed to signal his overall disapproval of marijuana, especially since it just became legal in California a week ago.

“To me, this is just a knee-jerk reaction to California opening up,” McAllister told me. “A combination of that, and Sessions not personally liking cannabis.”

Sessions’ announcement late last week led to an immediate rise in marijuana domestic stocks, but The Post reported stocks remain down overall in the days since. The U.S. Marijuana Index, which includes 15 publicly traded companies involved with the legal pot industry, lost 25 percent of its value from the close of trading Wednesday to opening on Friday.

The index has been on something of a roller coaster, as policies and attitudes around legal marijuana have shifted, Chris reports. It lost almost 75 percent of its value in its first year (2015) but regained most of its value through the 2016 election, when voters in four states approved recreational use of pot. Then, the index fell in 2017 as a result of uncertainties about how the Trump administration would approach the industry. It rose again in October in anticipation of California’s move to legalize pot sales at the start of this new year. And now, Sessions announcement has led to another shift.

The takeaway? “The industry appears to be taking a cautiously optimistic wait-and-see approach with regard to the new federal rules,” Chris writes. “However, investors are likely to see how things shake out before pouring more money into the industry.”