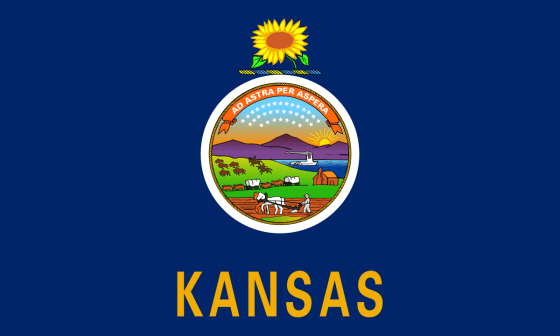 A Republican member of the Kansas House of Representatives is facing criticism this week after arguing that illicit drugs are illegal in part because of “the African Americans” and their predisposition to drug abuse.

Attempting to explain at a weekend legislative coffee session with constituents why “all drugs” were outlawed in the United States in the 1930s, Rep. Stephen Alford offered the following, according to The Garden City Telegram: “One of the reasons why, I hate to say it, it’s that the African Americans, they were basically users and they basically responded the worst off those drugs just because their character makeup, their genetics and that.”

At the risk of stating the obvious, this is not true.

According to federal data, there is virtually no difference between black and white Americans when it comes to either rates of illicit drug use, or rates of substance abuse disorder. In 2016, according to the National Survey on Drug Use and Health, 54 percent of whites age 12 and older had ever used an illicit drug in their lifetime, higher than the 46 percent rate among blacks.

Similarly, whites (7.8 percent) were slightly more likely than African Americans (7.6 percent) to meet diagnostic criteria for a substance use disorder in 2016.

Numbers aside, ethnicity and skin color are not meaningful predictors of drug use or abuse. The federal Substance Abuse and Mental Health Services Administration (SAMHSA) lists the following as significant risk factors for developing a drug problem:

Moreover, SAMHSA cautions against analyzing any individual factor in isolation: “Targeting only one context when addressing a person’s risk or protective factors is unlikely to be successful, because people don’t exist in isolation.”

Rep. Alford is correct, however, that there was a distinct racial component of early efforts to outlaw certain types of drugs. It was not, however, out of concern for minorities, but instead part of an active effort to target them.

Harry Anslinger, the first commissioner of the Federal Bureau of Narcotics (a predecessor of the Drug Enforcement Administration), zealously pursued marijuana prohibition in the 1930s in part due to a belief, echoed 70 years later in Rep. Alford’s remarks, that it was primarily used by blacks and Hispanics.

Racism was “commonplace in Anslinger’s discussion of marijuana,” as Brookings Senior Fellow John Hudak describes in his book Marijuana: A Short History. Among other things, Anslinger testified before the House Ways and Means Committee in 1937 that “colored students at the University of Minnesota [were] partying with female students (white), smoking and getting sympathy with their stories of racial persecution. Result — pregnancy.”

Asked by the Garden City Telegram to clarify his remarks, Alford said that “There are certain groups of people, their genetics, the way their makeup is, the chemicals will affect them differently. That’s what I should have said was drugs affect people differently instead of being more specific.”