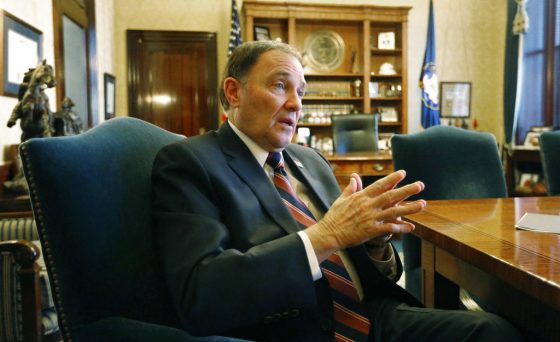 SALT LAKE CITY — Utah Gov. Gary Herbert says he will work to oppose a ballot initiative to legalize medical marijuana in the state.

The Republican governor said in a statement Thursday that he believe the proposal has major flaws and lacks safeguards for the growing and distribution of marijuana that “would potentially open the door to recreational use.”

Herbert says that the law he recently signed allowing farmers to grow marijuana for use by researchers and patients with less than six months to live is a careful step to allow more research on marijuana’s medical effects.

Frustrated advocates say those living with chronic conditions need access to the drug and are preparing to ask Utah voters this November to allow broader use of marijuana, along with state-regulated growing and dispensing.

A group pushing the ballot initiative to legalize medical marijuana in Utah says the governor’s opposition to the plan is one more example of “politicians standing between patients and their physicians.”

Utah Patients Coalition director DJ Schanz says Herbert’s comments opposing the initiative and warning it will open the door for recreational use of marijuana are merely a “scare tactic that has no basis in truth.”

Schanz said in a statement that neither the Legislature nor governor should undermine the voice of voters.