Breaking News
2020-05-28 Are Marijuana Inhalers Most Effective Treatment For Chronic Pain? 2020-05-27 Did Strip Clubs Open the Door for Cannabis Businesses to Receive PPP Loans? 2020-05-26 7 Factors to Consider When Choosing Cannabis Software 2020-05-24 Marijuana Industry Soars In Midwest, Even As Pandemic Lockdown Continues 2020-05-23 6 Surprising Health Benefits of CBD for Menopause in Women 2020-05-23 New Poll Shows Those Living In Cannabis-Legal States Consider The Law Successful 2020-05-22 How to Grow a New Cannabis Business Amid a Pandemic 2020-05-21 Effective Brand Engagement for Cannabis Businesses on Social Media 2020-05-21 California joins push to let cannabis businesses use banks as part of coronavirus relief 2020-05-21 Analysis: Adult-Use Marijuana Legalization Associated with Tourism Spike
Home » All Posts » News » Are there dangerous heavy metals in your weed? 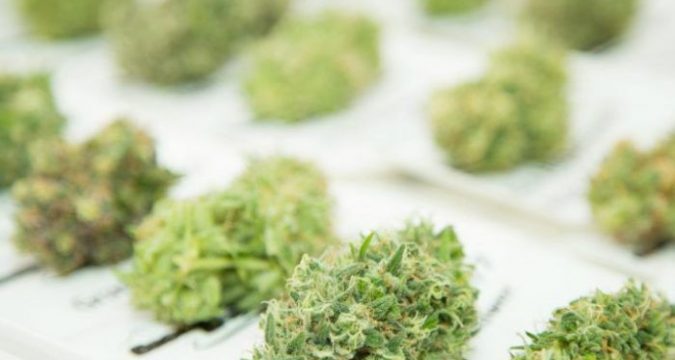 The marijuana plant is an amazing plant, full of healing cannabinoids that are still being discovered.

It can be used for phytoremediation, where the plant literally draws in heavy metal contaminants out of the soil, up through the roots, and into the stalks and buds. Tomatoes and some species of geraniums do this too. It cleans the soil, then gets destroyed.

Cannabis does such a good job of this that researchers near Chernobyl were using cannabis to help clean the soil of the dangerous radioactive elements strontium and cesium.

But that ability of the plant has a dark side. It’s not something that can be turned on and off.

As the industry grows in states where the soil may still have some old contaminants lurking within them, outdoor cannabis growers are confronted with a wide range of dangerous heavy metal contaminants that could get into their plant. This includes Pennsylvania, where abandoned coal mine runoff carries high levels of heavy metals that get into the soil through the water; Nevada, where researchers are looking at the possibility of radioactive material contaminating ground water used in agriculture in one of the state’s well-known farming corridors, where a large marijuana company is planting 10 acres of marijuana this spring; and Hawaii, where volcanic activity creates deposits of lead and mercury.

Colorado, which has gold mine runoff issues adding heavy metals to alpine streams, has another unusual heavy metals generator. A Colorado scientist told The Fresh Toast that there is a constant flow of deposits that come down the mountain and settle on the front range. These deposits contain all kinds of contaminants, including heavy metals, from the mountains.

Any grower planting on the front range in Colorado has to be aware of this continuous flow of mineral and heavy metal deposits, which has been going on for decades and is a constant source of contaminants.

California has a history of gold mining waste runoff as well that leaches heavy metals into the soil or gets dispersed by wind. One of those heavy metals is arsenic, which is one of the four dangerous heavy metals in agricultural products (cadmium, lead, and mercury are the other three).

In California, mining of copper, lead, cobalt and gold is a significant source of arsenic released to the environment, and can be found in high concentrations in the groundwater in various localities in the state.

Arsenic is deadly, quickly absorbed when eaten, and has been reported to increase the risk of cancer in the liver, bladder, kidney, lungs, and skin. Other human health effects from arsenic include decreased production of red and white blood cells, abnormal heart rhythm, blood vessel damage, and impaired nerve function causing a “pins and needles” sensation in the hands and feet.

Heavy metals are clearly a serious concern for any cannabis grower. Testing soil for one contaminant one day does not guarantee that that contaminant will not find its way back into the soil another day, either through the air or through the water used to irrigate the marijuana crop.

A cannabis grower also has to be aware of the combinations of soil being used, because soil composition plays a role as well in the movement of heavy metals into the plant. For example, the presence of either manganese or iron oxides will increase how much and how fast arsenic is absorbed by the plant.

Growers in some states are required to send a test batch of their raw grown product to a certified lab for testing, and that test batch is supposed to apply to the whole grow area. But that’s part of the problem, because larger outdoor grows can have different soil compositions from one acre to the next. And a single plant already carrying a dangerous heavy metal means a whole crop has to be destroyed—and different soil has to be found and used.

While some states where medical and/or legal cannabis is sold require testing for pesticides, not all require testing for heavy metals. California began requiring heavy metals testing on marijuana as of December, 2018. The State of Colorado, where adult use cannabis has been sold since January, 2014, just began requiring testing on relatively small harvested flower batches for heavy metals in January, 2020, according to a bulletin.

But given the dangers of heavy metals, and the likelihood of their presence in the cannabis product, more needs to be done.

Relationship Goals: How to Win at Dating, Marriage, and Sex

(771)
(as of May 27, 2020 - More infoProduct prices and availability are accurate as of the date/time indicated and are subject to change. Any price and availability information displayed on [relevant Amazon Site(s), as applicable] at the time of purchase will apply to the purchase of this product.)

(51)
Relax and lounge in this all-in-one romper featuri... read more
(as of May 27, 2020 - More infoProduct prices and availability are accurate as of the date/time indicated and are subject to change. Any price and availability information displayed on [relevant Amazon Site(s), as applicable] at the time of purchase will apply to the purchase of this product.)

(as of May 27, 2020 - More infoProduct prices and availability are accurate as of the date/time indicated and are subject to change. Any price and availability information displayed on [relevant Amazon Site(s), as applicable] at the time of purchase will apply to the purchase of this product.)