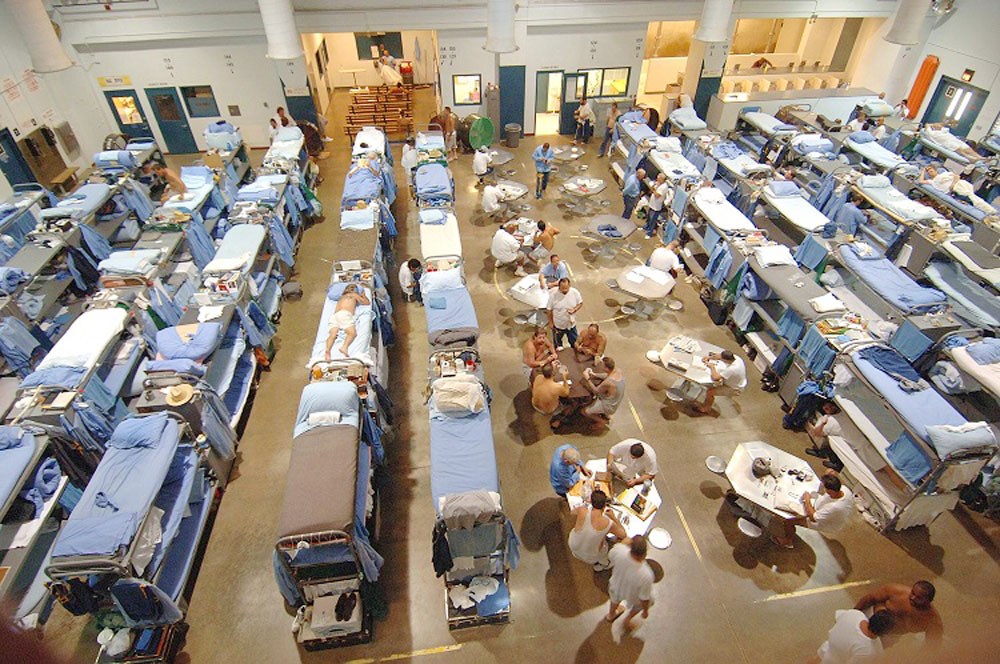 A bipartisan group of Senate heavy-hitters have filed a bill aimed at reducing the swollen federal prison population by moving away from harsh mandatory minimum drug sentences, among other reforms. But it’s not completely reformist.

The measure is a mixed bag, a product of lengthy discussions among senators seeking a compromise that could actually pass the Senate. While it has a number of progressive sentencing reform provisions, it also includes new mandatory minimum sentences for some crimes, including some drug offenses. Those provisions will provide political cover to conservatives fearful of being tagged “soft on crime,” but tired of perpetuating failed drug war policies.

The federal prison system has swollen dramatically since President Reagan reinvigorated Nixon’s war on drugs. According to the federal Bureau of Prisons, the federal prison population has increased eight-fold since 1980, and while it peaked in 2012 and 2013, before Obama era sentencing reforms began to bite, there are still 192,000 people currently behind bars in the federal system.

The federal incarceration boom has largely been driven by the war on drugs. While the prison population jumped eight-fold, the number of drug prisoners jumped nearly 25-fold during the same period, according to the Sentencing Project. The nearly 81,000 people currently doing federal time for drug crimes constitutes nearly half (46.2%) of all federal prisoners.

“Our justice system demands consequences for those who choose to run afoul of the law, and law enforcement works hard to keep our communities safe,” said Grassley. “This bipartisan compromise ensures that these consequences fit their crimes by targeting violent and career criminals who prey on the innocent while giving nonviolent offenders with minimal criminal histories a better chance to become productive members of society. This bill strikes the right balance of improving public safety and ensuring fairness in the criminal justice system. It is the product of much thoughtful deliberation, and we will continue to welcome input from stakeholders as we move forward.”

“This compromise represents more than five years of work on criminal justice reform,” said Durbin. “The United States incarcerates more of its citizens than any other country on earth. Mandatory minimum sentences were once seen as a strong deterrent. In reality they have too often been unfair, fiscally irresponsible and a threat to public safety. Given tight budgets and overcrowded prison cells, our country must reform these outdated and ineffective laws that have cost American taxpayers billions of dollars. This bipartisan group is committed to getting this done.”

Given who is behind it and the senatorial compromise it represents, the measure actually has a chance of moving in the Republican-controlled body. Still, even if it were to pass there, sentencing reform faces murkier prospects in the House and, if the first months of the Trump administration are any indication, implacable hostility from the White House and the Justice Department.

According to a summary from the Senate Judiciary Committee, the bill:

There’s plenty in there to appeal to sentencing reformers, and some sops to conservatives, but from a drug reform and anti-prohibitionist perspective, this is just some fixes on the back end. From that vantage point, instead of haggling over how many months to shave off some poor sap’s sentence, we should be questioning why he was even arrested and prosecuted in the first place.

But you have to start somewhere, and ameliorating some of the cruelest injustices of the drug war is a good place to get going.