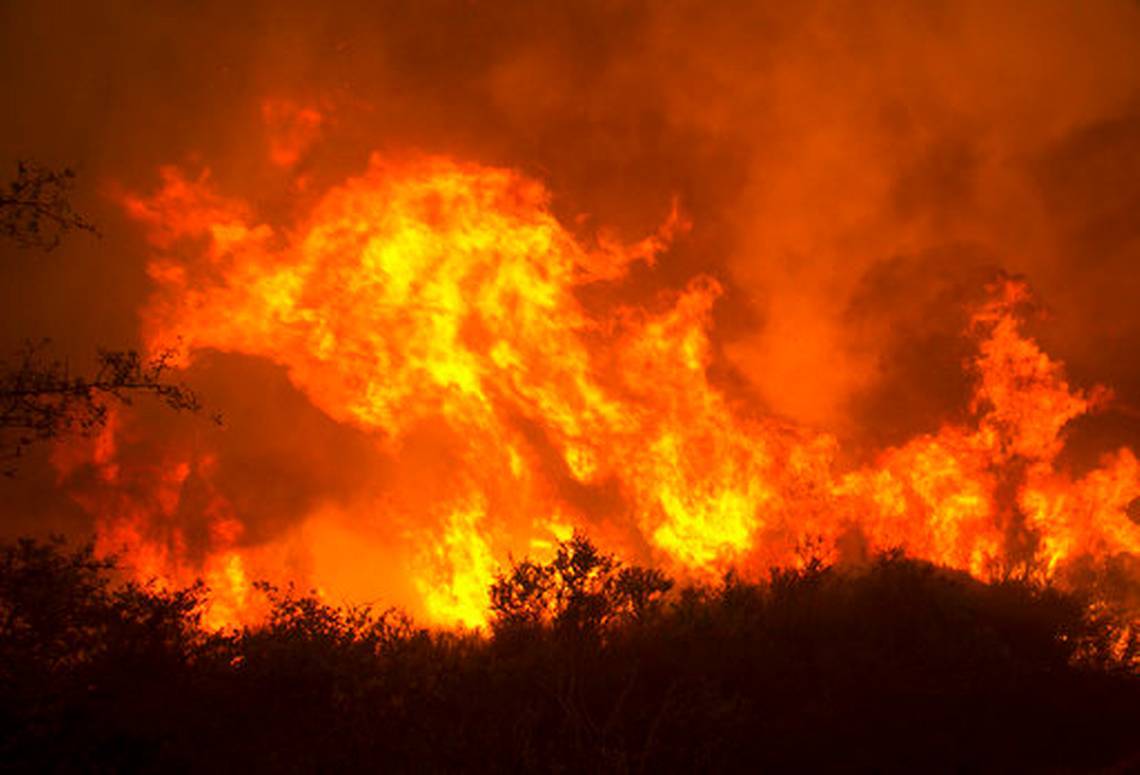 The wildfires raging through Northern California’s Wine Country these past weeks have killed at least 41 people, left dozens missing, and thousands burned out of their homes. They have also put a significant hurt on the region’s namesake wine industry, and its up-and-coming country cousin, the weed business.

As of this week, more than 5,000 structures had gone up in flames, including whole neighborhoods in Santa Rosa, a city of 175,000 about an hour north of San Francisco. Tens of thousands of people endured mandatory evacuations as smoke turned skies grey as far south as San Jose.

Vineyards and wineries along the Silverado Trail in Napa County and the Highway 12 corridor between Santa Rosa and Sonoma in Sonoma County have been destroyed or damaged. Wine Country towns like Kenwood and Glen Ellen have been hard hit.

Major tourist hotels like the Hilton Sonoma Wine Country and the Fountaingrove Inn in Santa Rosa have burned. At least one Silverado Trail winery, Signorello Estates, appears to have been destroyed, while damage reports are pending on others. Similarly, Sonoma County wineries including Chateau St. Jean, Kenwood, Kunde and B.R. Cohn, were endangered Tuesday.

“It looks like a bombing run,” winemaker Joe Nielsen told the San Francisco Chronicle as he viewed what was left of Donelan Family Wines. “Just chimneys and burnt out cars and cooked trees.&rdquo

The Wine Country devastation will have an impact not only on tourism, but also on the price of some fine reds. While  75% of the region’s grapes have already been picked, premium merlot and cabernet sauvignon crops are mostly still on the vines. The number of wineries burned or threatened could cause shortages of these prized grapes for years, since California produces about 85% of American wine, and Napa and Sonoma counties produce the bulk of its premium wines.

The same temperature Mediterranean climate that makes the area so suitable for grape growing makes it ideal for pot farming, too, and Sonoma County’s estimated 3,000 to 9,000 marijuana growers have been hard-hit, as well. While damage reports for the wine industry will take a while, pot people are already reporting losses in the tens of millions of dollars.

The marijuana harvest begins a bit later than the grape harvest, and when the fires reared up, thousands and thousands of outdoor marijuana plants were still in the ground. Now, some of those fields are little more than ash, including in neighboring Mendocino County, where the Redwood Valley fire  is burning up pot crops, too.

This is shaping up to be “the worst year on record for California’s growers,” California Growers’ Association head Hezekiah Allen told SFGate last week, adding that at least two dozen members had lost their entire farms.

“This is going to leave a deep scar,” he said. “I had one conversation today where the family was in tears, saying, ‘We don’t know how we’re going to make it to January, let alone next planting season.”

“We have a lot of people who have lost their farms in the last 36 hours, and their homes,” she said last week, citing a $2 million greenhouse crop that went up in smoke on the first night of the fires. “There’s no way for them to recover the millions in anticipated revenue they just lost,” she said. “It’s gone. It’s ashes.”

The San Francisco dispensary SPARC reported that while it had suffered “some pretty substantial damage” at its farm in Glen Ellen, it was preparing Tuesday to try to salvage some of its crop. The Sonoma County Cannabis Company also was also hit hard—and working frantically to avoid a total wipe-out.

“There are no words right now to describe the loss, the heart break and the trauma that our beloved home and community is going through,” the company posted to its Instagram account. “We are trying to save what we can.”

While the losses could put a dent in the county’s multi-hundred million dollar pot industry, consumers are unlikely to notice any impact. The state already grows so much marijuana that downward pressures are already keeping prices low, and even the losses incurred in this week’s fires aren’t going to shake the market.

But unlike the wine industry, marijuana growers are unlikely to be able to obtain insurance to replace lost crops and facilities. Those pot farmers who took losses are going to be feeling the pain for a good while.