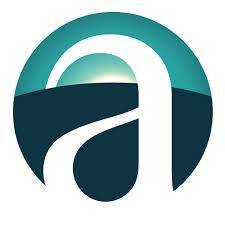 Oakland, Calif.— March 21, 2018 — California’s demand for legal cannabis is expected to be three times greater than any other state by 2021, but heavy taxes and restrictive regulation may slow the degree to which the new adult-use market replaces illicit sales, stunting its growth and the state’s revenue gains from cannabis taxes, according to the “California: The Golden Opportunity?” report released today by Arcview Market Research, in partnership with BDS Analytics.

The 50+ page report serves as a comprehensive guide to the 52-county investment opportunity of the California cannabis market and the challenges presented by the regulatory and tax burden it bears.

“While California cannabis companies are thrilled with the traffic increase they’ve seen since January 1, they can’t help but worry that regulations and taxes are going to handicap the legal market in the long term,” said Troy Dayton, CEO of The Arcview Group. “It’s clear that every additional penny of price increase on legal cannabis products only serves to boost the attractiveness of purchasing from the illicit market which has flourished in the state for decades.”

California operators need to plan not only for their own cost of operations, but also a bevy of taxes and regulations, that amounts to a 77% tax-and-regulatory handicap vs. prices in the illicit market. Various issues, including California’s already high sales taxes plus new cultivation and excise taxes and the costs of navigating 40+ different types of state licenses and varying county and local regulations, all factor into the end price paid by the consumer.

“Rarely does a 20-year-old market undergo as radical a transformation in as short a time as California’s cannabis market did on January 1st of this year,” said Tom Adams, Editor-in-Chief at Arcview Market Research and Principal Analyst at BDS Analytics. “Suddenly, 29 million adults had access to the cornucopia of the modern cannabis store but were also suffering sticker shock from the state-imposed costs of going legal.”

Among other findings, the report reveals:

New forms of enforcement, like fines for unlicensed operations, could discourage illicit growers, even if criminal penalties are lessened. But unlicensed growers with well-established distribution could potentially siphon customers from licensed retailers and, in turn, stunt the revenue gains expected from cannabis taxes.

About The Arcview Group:

Founded in 2010, The Arcview Group is responsible for a number of groundbreaking ventures in the cannabis industry. The Arcview Investor Network includes more than 600 accredited investors who have put more than $150 million behind 165 companies.  Arcview Market Research has published the State of Legal Marijuana Markets since 2011 and it has become the most oft-cited data in the sector. In 2017, Arcview Market Research partnered with BDS Analytics to add more robust point-of-sale data and consumer insights to its offerings. In 2015 Arcview became a partner in Canopy, the first seed-stage mentor-driven business accelerator.  Arcview is also co-founder of Cannasure Insurance Services, the leading provider of business insurance to the cannabis industry.  Forbes Magazine recently named Arcview among the top 5 financial firms in the cannabis sector.