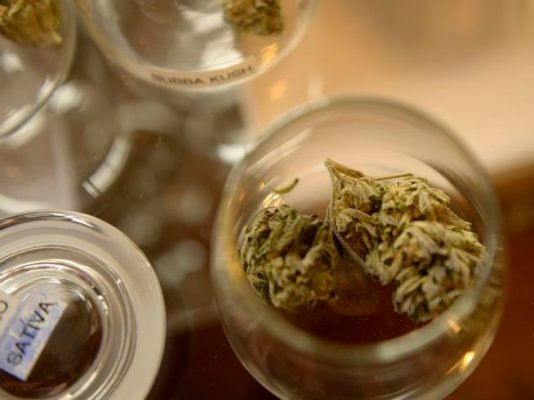 As taprooms are to craft brewers, “tasting rooms” could be to Colorado cannabis purveyors, under a bill introduced late Monday.

Existing licensed medical and recreational marijuana businesses would be able to apply for a “marijuana accessory consumption establishment” endorsement under House Bill 1258, allowing for limited on-site sales and consumption.

“We don’t need people using marijuana in our parks or on our sidewalks,” Rep. Jonathan Singer, D-Longmont, a sponsor of the legislation, said in a statement. “This bill will help make sure people aren’t consuming more than they should and are doing it in an environment no different than what you would see at a winery or brewery.”

The 23-page bill outlines a slew of dos and don’ts for the tasting rooms, with notable nos including: no food, no alcohol, no employee consumption, no free samples and no BYO cannabis.

The bill would allow for adult patrons to vape cannabis flower and concentrate and to sample single-serving infused products. The language establishes purchase limits of 3.5 grams of flower, or 1 gram of concentrate or the standard infused product serving size containing 10 milligrams active THC.

The legislature is taking another stab at state-wide regulations for social use with HB 1258. A 2016 bill allowed local governments to regulate pot clubs, but that provision was stripped after facing opposition from Democratic Gov. John Hickenlooper and others.