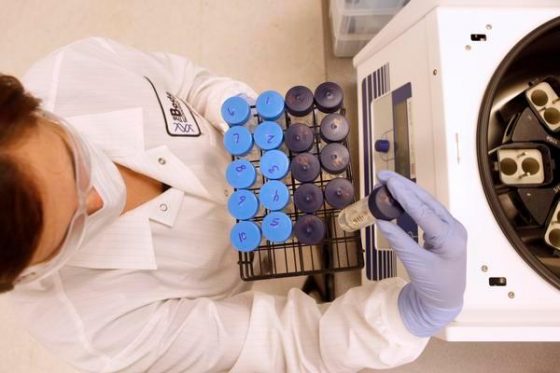 By Blake Nicholson, The Associated Press

It’s the next step in efforts to establish a system for the drug approved by state voters in November 2016. The selected lab will test marijuana for contaminants including pesticides and to ensure that levels of the intoxicant THC are accurately labeled.

Last summer, seven laboratory companies with experience in other states expressed interest in being a part of North Dakota’s program. The Health Department had requested non-binding letters of intent so it could ensure a lab would be available for testing, since in-state labs focus mainly on agricultural and environmental testing.

Those seven labs, which the state did not identify, and others can now formally apply through 3 p.m. on April 19.

North Dakota law allows the use of medical marijuana for 17 medical conditions, along with terminal illnesses. The 2017 Legislature crafted regulations that Gov. Doug Burgum approved last April. The drug is expected to be available to qualifying patients late this year.

Administrative rules covering such things as testing, security requirements and transportation regulations were approved in January by the State Health Council, which advises the Health Department. Those rules go before the Legislature’s Administrative Rules Committee for review on March 12.

The Health Department expects to accept applications from medical marijuana manufacturing facilities in late spring or early summer, before moving on to application periods for dispensaries, patients and caregivers.

Manufacturers will be responsible for paying the cost of medical marijuana testing.

“While the state isn’t paying for the cost of compliance tests, we recognize that testing prices impact the final cost of the products,” said Medical Marijuana Division Director Jason Wahl. “Therefore, proposals received will be evaluated on cost, and costs for tests will be included in the contract.”

The Health Department two weeks ago selected a Florida-based company to implement a monitoring system for North Dakota’s medical marijuana program. BioTrackTHC, which has similar contracts in six other states, was chosen from among six proposals.