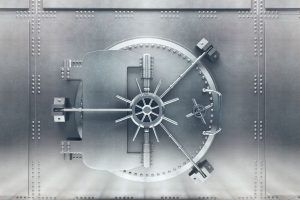 Licensed producer Cronos Group is looking to raise up to 100 million Canadian dollars ($78 million) in what would be only the second equity financing between one of Canada’s biggest banks and a medical marijuana company.

Cronos plans to spend CA$15 million of the new proceeds on capital expenditures related to international operations and domestic capacity expansion. The rest will go to “potential new investment opportunities.”

An equity financing led by one of Canada’s top banks “reinforces that the perception of cannabis is changing,” CEO Mike Gorenstein told Marijuana Business Daily.

“That’s great for the industry and great for shareholders,” he said.

The underwriters agreed to sell 10.42 million shares on a bought-deal basis for proceeds of CA$100 million, with an over-allotment option for another $CA15 million.

The CA$100 million would be on top of the CA$250 million in fresh capital the Ontario-based producer has raised since the beginning of last year. That includes CA$210 million in equity and CA$40 million in debt.

In January, Smiths Falls, Ontario-based Canopy Growth became the first marijuana company in Canada to enlist a major Canadian bank to lead an equity-based funding, which signaled a greater willingness by big financial institutions to provide financing to the nation’s cannabis businesses.