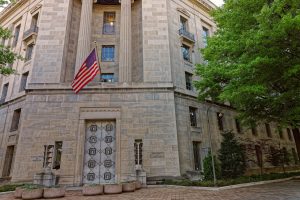 (Marijuana Business Daily is providing live updates to this breaking story and its impact on the cannabis industry. Check them out here.)

Marijuana industry executives nationwide are scrambling to understand how Attorney General Jeff Sessions’ decision to rescind Obama-era protections for the legalized cannabis industry will affect their companies and employees.

Legal experts cautioned against making hasty decisions – given that it remains to be seen whether Sessions and the U.S. Justice Department will unleash a widespread crackdown on state-legal marijuana industries.

Rather, they said, companies should continue to abide by state marijuana laws.

“I advise clients continue to focus on operating their businesses in compliance with the applicable rules and regulations and try to ignore the chaotic, political and shock-motivated headlines which have unfortunately become the norm,” said Laura Bianchi, head of the cannabis practice at the Rose Law Group in Scottsdale, Arizona.

“While it is certainly alarming to see him (Sessions) take this position, I see it as having little to no impact at this stage.”

“Could they disrupt the industry?” Fine asked. “Sure.”

Sessions announced Thursday that the Justice Department is ripping up the Obama-era Cole Memo that allowed states to permit legalized cannabis businesses.

Sessions’ new stance will instead allow U.S. prosecutors in the 30 states and the District of Columbia with legal marijuana laws to decide how aggressively to enforce longstanding federal law prohibiting the sale and cultivation of the plant.

Sessions’ move raises a slew of questions for medical and adult-use marijuana businesses:

A key question is whether federal prosecutors who decide to target marijuana businesses will have the people and the money to take action.

“The overarching issue is that it comes down to resources,” said Fine.

Fine believes that federal prosecutors who want to enforce federal marijuana prohibition won’t have the money or personnel to shutter the industry – though they could pose problems for individual businesses.

“A few letters here and there might scare people,” he said. “They could create major problems.”

But he added that federal prosecutors are unlikely to get much help from local law-enforcement authorities in states where marijuana is legal.

“People don’t need to rush and do something dramatic,” Fine added.

“My sense is that many groups will continue to operate like they have been, but they will be evaluating if there are any new risks.”

Aaron Herzberg, managing partner of the Puzzle Law Group in Los Angeles, doesn’t believe the federal government would be able to shutter the industry – or that business owners would be cowed into closing.

“Everyone will keep going full steam ahead. It’s like banking,” said Herzberg, who owns stakes in five marijuana business licenses in California.

“It’s too big to fail. I can’t imagine this putting the brakes on the industry.”

That said, Herzberg said he could imagine federal prosecutors going after businesses that are “bad actors” – i.e., those who permit product to bleed into the black market or break other state regulations.

“In states with legalized cannabis, as long as businesses are compliant, they’ll be left alone. If there’s a blatant disregard, yeah, they’ll go after them.”

Krista Whitely – CEO of Altitude Products, a cannabis products company in Las Vegas – agreed that compliance is a key to businesses protecting themselves from federal interference.

“My experience is that embracing and exceeding regulatory requirements is the best protection against the federal government,” she said.

“This is bigger than just cannabis, it’s about states’ rights,” Whitely said.

She added: “Being a cannabis entrepreneur isn’t for the faint of heart. These are people who are used to taking risks. I don’t see any of those people being bashful.”

San Francisco cannabis attorney Henry Wykowski noted that state-legal medical marijuana businesses face less of a threat from a federal crackdown given the protections provided by the Rohrabacher-Blumenauer Amendment currently in effect.

“Sessions has always made a distinction between medical and adult use. That’s the first thing I would look at,” Wykowski said. “No. 2, we still have the benefit of the Rohrabacher Amendment, so that sort of ties them up for the time being.

“Then what I think we’re going to see is the elected officials in states that have legalized cannabis are going to come out very forcefully in defense of the industry.”

In Massachusetts, where regulators are close to finalizing rec industry regulations, the state’s recently established Cannabis Control Commission issued a statement saying that it would stay the legalization course.

“As far as the mandate and the work of the Cannabis Control Commission is concerned, nothing has changed,” the commission’s statement said. “We will continue to move forward with our process to establish and implement sensible regulations for this emerging industry in Massachusetts.”