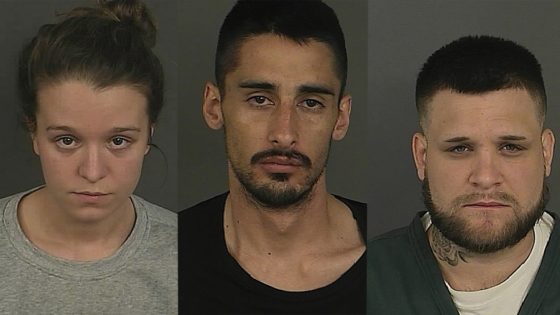 Two men and a woman have pleaded guilty for their roles in a botched marijuana heist in Denver in which one man was killed and another was shot, authorities say.

Seth Michael Binns, 27, Ryan Arellano, 28, and Mackenzie Fay, 24, pleaded guilty to various robbery charges in plea agreements that led to dismissal of felony murder charges. They will be sentenced on April 20.

Murder and attempted murder charges are pending against alleged co-conspirator Joshua Scott Binns, 32, in connection to the Nov. 8, 2016, murder of Charles Polzin, 50, and the shooting of Polzin’s son, who was not named.

The four had set up a drug buy, agreeing to meet Polzin, his son, and his son’s girlfriend in Denver’s Elyria Swansea neighborhood.