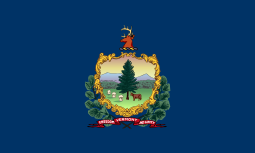 Today, the Vermont House passed H. 511 in a 81-63 vote. Gov. Phil Scott has already pledged that he will sign the bill after it passes one more procedural vote in the Senate.

H. 511 would eliminate Vermont’s civil penalty for possessing one ounce or less of marijuana and remove penalties for possession of up to two mature marijuana plants and up to four immature plants, beginning in July. Meanwhile, a governor-appointed task force will issue a final report on how the state should tax and regulate marijuana sales and commercial cultivation by December 15, 2018.

If you are available next Tuesday, January 9, that would be a great day to visit the State House. Lt. Gov. David Zuckerman and allied reform organizations will participate in “a full day of press, advocacy and education” beginning at 10 a.m. in Room 10 of the State House. For more details, and to RSVP, check out the Facebook event page.

Tuesday may also be the day the Senate passes H. 511.