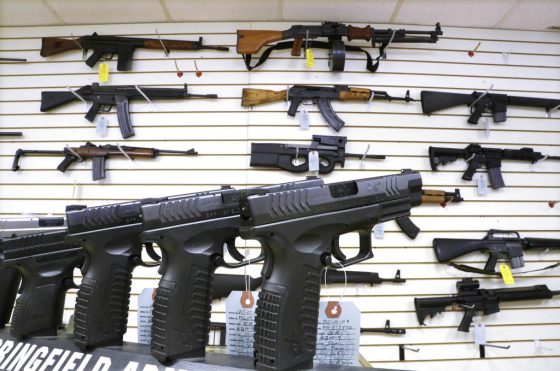 Legislation that would have legalized CBD in Indiana now is a bill to relax gun restrictions.

As it stands now, House Bill 1214 would eliminate the fees associated with handgun permits and allow those licenses to extend to lifelong ownership, RTV6 reported. The legislation would allow permitted owners to carry their guns in churches, unless that facility has a ban in place, according to the report.

When lawmakers meet Monday morning to discuss HB 1214 in joint conference committee, the bill will no longer have any mention of CBD oil. By 10:00 am Monday, it will become a much different bill — a bill about guns. Yes, you read that correctly. Guns. Erase all talk of easing pain with CBD oil. Replace it — lock, stock and barrel — with a bill to provide more ease and convenience for Indiana gun owners.

What’s about to happen next is a part of the legislative process few people know about.

“It’s not always a process,” said (Rep. Bill) Friend, who is retiring from the General Assembly later this year after representing Miami County for the past quarter century. “We’re making sausage. It’s a sausage factory, and it’s not always pretty.”

Segall, in his deep dive on the vehicle bill process, was quick to note that CBD legislation is not dead.

Senate Bill 52, the companion bill to H.B. 1214, retains the CBD regulations language and could come to a vote this week, a spokesman for bill co-sponsor Sen. R. Michael Young, R-Indianapolis, confirmed Monday afternoon to The Cannabist.

Senate Bill 52 appears to be on the track for passage; however, additional legislation to allow for Indiana-based cannabis extraction facilities seems less certain, IndyStar has reported.