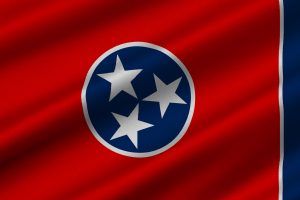 (This is the seventh installment in a series that examines hemp markets in U.S. states. Other installments: New York, North Carolina, North Dakota, Oregon, Vermont and Virginia.)

Some hemp growers struggle to get water for their crops.

In Tennessee, hemp farmers have the opposite problem: They must grow a plant – one that doesn’t like soggy roots – in a climate with high humidity and more than 50 inches of rain a year.

It’s been a bumpy road for the emerging hemp industry in Tennessee, where growers are trying to adapt cultivars developed in arid Canadian and northern European markets for the humid southeastern United States.

“I lost 90% of my first crop,” said Harold Jarboe, who left the marijuana industry in Washington state three years ago to try his hand at hemp production in Readyville, southeast of Nashville. “I figured, OK, it can’t be any harder than marijuana. It’s the same plant, minus all the legal headaches.

“But it was harder than marijuana. It was like plopping an Englishman down on the equator – the plants were not happy.”

The state permits valuable CBD extraction and has no legal impediment to selling finished hemp products, a huge boost for farmers that grow the plant.

There’s also optimism that a sympathetic state legislature will give Tennessee hemp entrepreneurs a new market edge by becoming the first state in the nation to allow hemp products to be used in commercial animal feed.

“It’s sort of a healthy alternative for farmers of tobacco,” said Joe Kirkpatrick, a lobbyist and president of the Tennessee chapter of the Hemp Industries Association.

Here’s what you need to know about Tennessee’s hemp market.

Tennessee’s hemp industry is much smaller than those in neighboring Kentucky and North Carolina.

Only about 20% of Tennessee’s licensed hemp acres were actually in production last year – or just 130 acres of the 718 licensed acres.

The number of hemp registrants has grown since 2015, Tennessee’s first year of experimenting with the plant in the modern era.

But the number of acres is declining as farmers transition from fiber varieties to seed and flower varieties, which take up less room and produce more profit.

Tennessee allows indoor hemp production but has no estimate how many square feet are being grown.

The state permits hemp to be used for:

While there is no official tracking of hemp commodity prices by any standard exchange, Tennessee hemp growers report the market is fetching:

“We’re still trying to figure out what works for us here. We have no large-scale decorticator around,” said Will Tarleton, who grows seed and flower hemp varieties on about 4 acres in Lobelville, west of Nashville.

“There are buyers out there for fiber, but they’re a lot harder to find.”

To boost his profits, Tarleton is applying for a processor license, a new type of permit that was created in 2017.

“Tennessee’s had kind of a rough go of it,” said Tarleton, who had to destroy his entire crop in 2015 because it failed THC testing.

In later years, his plants were attacked by gray mold, or Botrytis cinerea, another common cannabis pest in humid conditions.

Some of Tennessee’s early hemp farmers have given up on the crop altogether because they didn’t want to make the switch, Jarboe said.

“The first year, we had a bunch of mainstream farmers get in. People were putting in 100 acres or more, and we had processors that swore up and down they’d come in,” Jarboe said.

Though the hemp market seems glum in Tennessee, Jarboe and Tarleton are bullish about the plant’s potential.

Tennessee has a strong history in the crop, and Volunteer State politicians and regulators have shown more enthusiasm for helping the hemp industry than in other states.

Tennessee was a top hemp producer in the 18th century. Today, state lawmakers are eager to reclaim hemp market share from neighboring Kentucky.

Hemp activists hope lawmakers will open the door to more hemp opportunity with a 2018 measure to allow the plant’s use in animal feed.

Agriculture departments in Oregon and Colorado have reviewed hemp’s potential for use in animal feed but rejected the idea, citing concerns that CBD could transfer to the animals.

Kirkpatrick, the lobbyist, is optimistic that Tennessee’s hemp-friendly legislature could bypass Colorado and Oregon and be the first to allow hemp in animal feed.

Hemp activists cite a 2012 study on Canadian chickens that showed hemp in their feed increased beneficial omega-3 fatty acids in their eggs, with no side effects.

“There’s a whole lot of fearmongering going on about the fact that we don’t want CBD in our meat and our eggs,” Kirkpatrick said.

“Well, nobody in their right mind would feed CBD to their cattle – it’s $8,000 a kilo! We’re talking about feeding the byproduct of processing to livestock. I really think Tennessee could be the leader in this.”

Officials with the Tennessee Department of Agriculture told Marijuana Business Daily that hemp is already being used in animal feed in Tennessee, though they declined to elaborate.

Kirkpatrick and other activists are also hopeful for the emergence of industrial hemp processors and more market opportunities for hemp products.

“We’re really on the cusp of explosion in this industry, and Tennessee’s going to be right in there for the ride,” Kirkpatrick said.