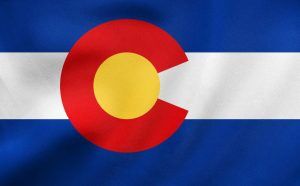 (This is the ninth installment in a series that examines hemp markets in U.S. states. Other installments: Nevada, New York, North Carolina, North Dakota, Oregon, Tennessee, Vermont and Virginia.)

No hemp discussion goes far in the United States without a mention of Colorado, where more than half the nation’s 2017 hemp production occurred.

Colorado has more acres in hemp, more farmers growing the crop, more processors extracting CBD from hemp and more market opportunities for selling the plant than any other state.

It all stems from loose regulations.

“More and more people are moving here to grow hemp or get in the isolate market. The opportunities are everywhere.”

Indeed, Colorado’s go-go hemp marketers see nothing but dollar signs ahead as the state leverages first-to-market products and government support that many hemp entrepreneurs in some other states can only dream of.

But success comes at a price.

And in Colorado right now, that price is falling prices for growers as well as ongoing headaches finding places to sell all the hemp Colorado is cultivating.

Here’s what you need to know about Colorado’s hemp market.

After Colorado voters authorized hemp production in 2012, hemp was growing in experimental plots by spring of 2013 – even before state agriculture regulators had a chance to write rules guiding the industry.

The industry has been on a steady upward trajectory ever since, with unparalleled seed supply, marketing opportunities and processing infrastructure.

Colorado has no application deadline for interested hemp producers, no acreage limit and no requirements for processing licensure.

Instead, Colorado took a “don’t ask, don’t tell” approach to hemp seed acquisition – somewhat like the state’s posture toward the marijuana industry – with producers not asked to show where they acquired cannabis genetics.

A few years into the hemp experiment, Colorado now has seven varieties of certified hemp seeds.

“A lot of states paint a target on our back,” said Duane Sinning, who oversees Colorado’s hemp program at the Colorado Department of Agriculture’s Division of Plant Industry.

“But our goal has never been to be the largest. Our goal has been to meet the needs of farmers.”

But heavy competition in the state’s hemp market appears to have depressed prices for producers.

“All of the people who are making money from hemp in Colorado are growing for CBD,” said Kolson Lucas, who is entering his fifth year cultivating hemp in southern Colorado.

But Colorado farmers see the same hemp-processing logjams that hamper colleagues in other states.

CBD extractors are too few, and fiber processors are almost nonexistent.

Lucas’ company gave up and bought its own extraction equipment last year.

“We got tired of waiting on processors,” said Lucas, who has given dried hemp flower to processors promising to return CBD isolate and hefty profits, only to see the processors vanish or say they’re too backed up to get to his product.

“Until processing steps up, even on the CBD side, it’s going to be hard to get paid,” said Lucas, who noted his company has 200 acres worth of hemp stalks baled and waiting for a buyer.

“I think Colorado this year is going to be growing more hemp than it knows what to do with.”

But Lucas isn’t giving up on hemp in Colorado.

His National Hemp Exchange recently bought a former butter-lettuce greenhouse and is growing hemp clones to sell to other farmers.

When Lucas’ hemp seeds come up male, he juices them and makes the liquid into popsicles, fine-tuning a product he’s still developing but hopes could find a market.

He sees big potential in processing hemp as the industry grows in other states.

Others agree with Lucas’ processing optimism, saying that Colorado’s limitations aren’t nearly as bad as in newer hemp states.

From university hemp research to hemp-centered biotech firms to farm-equipment manufacturing, Colorado has more businesses in the hemp space than any other state.

“Colorado is going to remain the industry leader because we are at the forefront of innovation,” said Tim Gordon, president of Functional Remedies, which grows hemp on about 130 acres in southern Colorado.

“There are a lot of big international companies looking to get in the hemp market, and they’re coming to Colorado,” said Gordon, who is also president of the Colorado chapter of the Hemp Industries Association.

“I don’t see any reason why Colorado won’t remain on top.”