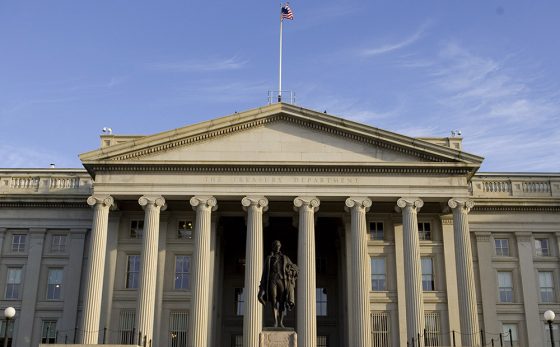 Issuing updated marijuana banking guidance is “at the top of the list” for the U.S. Treasury Department, according to Sec. Steve Mnuchin.

“I can tell you we’re working on it as we speak,” he told a hearing of the House Ways and Means Committee Thursday.

The comments came in response to Rep. Earl Blumenauer, who implored Mnuchin to work with the committee to develop rules for marijuana banking and taxation.

Continuing to ban the emerging marijuana industry from traditional banking services is a threat to public safety, the Oregon Democrat said.

FinCEN guidelines established in 2014 outlined how financial institutions should approach banking services with marijuana-related businesses. U.S. Attorney General Jeff Session rescinded that guidance in at the beginning of January.

It was critical that the powerful House committee act to “prevent the insanity of having this state-legal activity be forced to be conducted on an all-cash basis,” Blumenauer concluded.