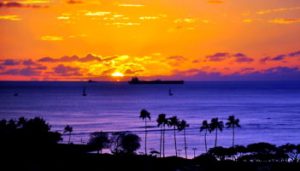 Hawaii may expend its limited hemp program dramatically in 2018, when state lawmakers join policy makers in other states and consider allowing farmers to sell the plant.

But the state’s hemp farmers aren’t permitted to sell what they grow, and a proposal before lawmakers would change that.

If passed, the bill would allow commercial sales of flower, stalks and seeds and, thus, would make Hawaii’s hemp program permanent instead of temporary.

The state’s hemp expansion was proposed in early 2017 but didn’t pass, and the bill is still alive for lawmakers in 2018, according to The Tenth Amendment Center, a California-based advocacy group that promotes states’ rights.

Hawaii – which began medical marijuana sales late last summer – joins several other states that allow hemp but are expected to debate expanding their programs next year.

Legislatures in Colorado, Indiana and Virginia are all poised to debate expanded hemp programs to allow for more commercial production or end uses for hemp.