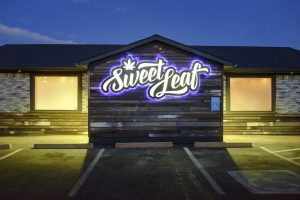 Ten employees of a legal Colorado marijuana retail chain shut down by Denver authorities earlier this month face criminal charges for allegedly selling too much cannabis in repeated sales to the same people.

Sweet Leaf is one of the largest marijuana retail chains in the industry.

Police raided the company’s stores Dec. 14, suspending all 26 of the vertically integrated business’ licenses and closing all its Denver shops.

Thirteen budtenders were initially arrested. The remaining three have yet to be charged.

Adults are allowed to possess only up to an ounce of marijuana in Colorado.

Police began investigating Sweet Leaf in 2016 after a neighbor reported seeing numerous people entering and leaving one of the chain’s shops multiple times a day.

Police say they initiated undercover purchases after arresting several repeat customers, most from out-of-state, in possession of pounds of cannabis.

The case brought to light the need for more precise language in Colorado’s marijuana enforcement regulations.

New rules go into effect Jan. 1 that stipulate a retail marijuana store and its employees are barred from transferring more than 1 ounce of flower in a single transaction to a consumer.