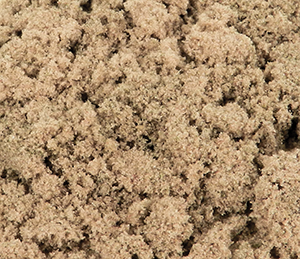 Even if you don’t know what kief is, you’ve seen it. It’s formed in the trichomes and their tips, the icy-looking crystals coating the cannabis flower. Many cannabis connoisseurs all around the world most likely collect their kief in one way or another, but not all know how to use it, except for smoking ―and there is a lot you can do with it.

So, what is the best way to use kief? Let’s see below.

What exactly is kief?

When a cannabis plant reaches its mature phase, glands (trichomes) are formed on its buds and leaves, excreting thick and sticky resin; this is the part of the plant which contains the highest concentrations of terpenes and cannabinoids. Grind those trichomes into a fine powder, and you’ve essentially got kief.

Kief is much more potent than the traditional flower, while its quality depends on the whole plant it came from. If you’re buying kief from your local dispensary, you want to go as pure as possible: look for the blonder, lighter-looking kind, as the greener the color, the more plant matter or artificial coloring will be mixed in.

Also, keep in mind that smoking kief alone has a stronger effect than the basic flower, containing up to up to 70% THC (depending on purity), and bought kief often comes from a variety of strains, giving you a mix of terpenes, cannabinoids, and flavonoids, greater potency.

Collect and store it

As explained above, kief is merely a cannabis concentrate. So, if you regularly smoke, the more kief you’re likely to collect ―and if you grow your own plants, even better. You can harvest kief from dry buds after they’ve been carefully cured.

The easiest and most popular way to collect kief is by using a three-piece herb grinder, which catches the ground herb in the middle chamber, allowing for the trichome dust to fall through a screen and collect at the bottom; and you can scrape with a kief scraper to get it.

Chances are you’ll end up with a lot more kief than you can have in one session, so the best is to find a way to store it. You can store kief in a container or compress it with a pollen presser to form tightly packed disks.

5 Ways to Use Kief

You can use kief in various ways, like traditional flower or concentrate, while always considering its potency.

Apart from being highly potent on its own, kief naturally has a powdery, crumbly texture and can cause quite a mess. Therefore, smoking it alone is generally a less popular method than using it in a pipe or bowl.

Coating the sides of your bowl will give an extra punch to your bud. This process is known as “crowning a bowl”; it’s a brilliant way to increase your bowl’s potency and level up your game.

Of course, always be careful with the amount you’re using, regardless of the size of your bowl. Also, kief tends to burn very quickly compared to flower, so don’t get distracted because it will burn until it’s all gone.

Roll It in a Joint

Along with crowning the bowl, sprinkling some kief into your weed joint is one of the most popular consumption methods. You can add some into your ground buds; the powdery kief will stick on, ensuring a much greater potency and enhancing the overall flavor and aroma.

And for those who want to take it to the next level, there is the “twaxed joint”: dampen the exterior of your joint with wax ―or just by licking it a little―, and then roll it in kief. This is going to create an interesting-looking joint, packing an extra kick!

Adding kief to your hot coffee is one of the most popular uses of kief; the heat will activate its cannabinoids before you ingest it, making for a long-lasting, potent effect of caffeine and cannabis combined after just about half an hour.

As we mentioned before, kief is loaded with cannabinoids and terpenes, so just a small amount is enough: for example, half a gram to a full gram of kief is perfect for a 6 oz drink.

Plus, except for coffee, you could mix some kief into your tea. For an extra treat, add milk to increase the potency. The fat helps extract and activate the precious THC.

Despite its potency and effects, kief has quite a subtle taste on its own; so if you’re into edibles, you can mix it into any meal or dessert of your choice. Make sure to decarboxylate (activate) the cannabinoids by heating them: the best way is to make some kief butter to incorporate into your cooking organically.

Plus, kief is cost-effective since you should need about a third or up to half of the flower you would use to create cannabutter or canna-oil. And you won’t need a special kief recipe ―you need only substitute bud with kief, and you have your favorite edible ready, with an extra effect added!

You can make hash out of kief by sheer pressure, using a hair straightener or an iron. Of course, if you’re interested in making hash, you will need a large quantity of kief.

Fill a small plastic bag with kief, roll it up tightly, and tape it shut. Wrap the bundle in three layers of newspaper paper, and wet it once it’s wrapped; afterward, apply pressure with your preferred pressing machine at hand, and keep pressing ―long enough to compress the kief but not burn the paper.

When you unwrap, you’ll see a clean block of decarboxylated hash, which you can then roll into a joint or sprinkle in food or drinks. If you’re rolling, make sure not to add anything before the hash has hardened up a bit so that you don’t damage it.