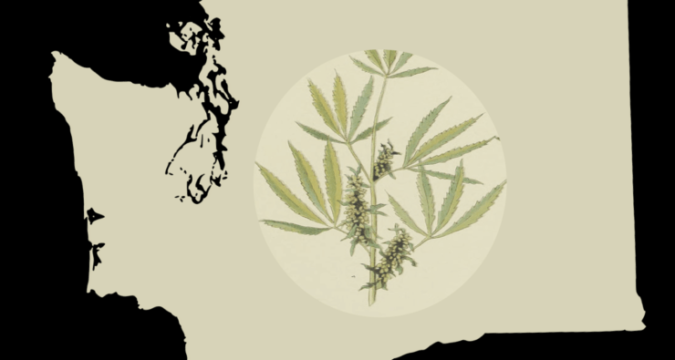 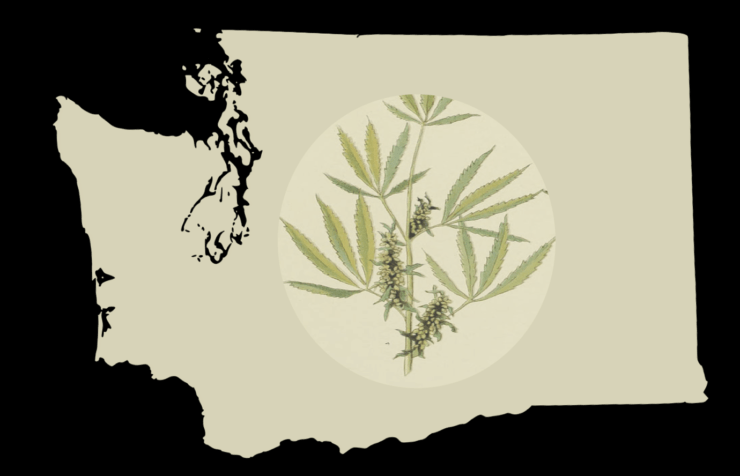 The Washington State House of Representatives is considering  House Bill 2334, which would allow licensed marijuana producers and processors to use cannabidiol (CBD) from a source not licensed by the Washington State Liquor and Cannabis Board (LCB). The bill defines a “CBD product” as “any product containing or consisting of cannabidiol” and would permit the use of CBD products from unlicensed sources so long as the CBD product has a THC level of 0.3 percent or less on a dry weight basis and has been lab tested.

Washington’s regulated cannabis market is a closed loop that works on the principle that no marijuana comes in and none goes out. Everything sold in a licensed retail store is grown by licensed producer and processed into products like oils and edible by a licensed processor. If a licensee is caught bringing in marijuana from an outside source, the LCB will cancel the license.

The legal basis for claiming that using CBD from cannabis outside of Washington’s regulated market is based on the idea that not all cannabis is in fact “marijuana” and that products containing CBD derived from “Industrial Hemp” or from portions of the cannabis plant that are excluded from the federal Controlled Substances Act’s (CSA) definition of “marijuana” are legal under federal law.

Section 7606 of the 2014 US Farm Bill  (the Farm Bill) creates the framework for the legal the cultivation of “Industrial Hemp”, which is defined as cannabis with a THC concentration of less than 0.3% on a dry weight basis. The Farm Bill allows states to enact pilot programs for hemp research purposes. Washington has such a program, though it is underfunded. Hemp that is cultivated in compliance with a state’s pilot program is legal pursuant to the Farm Bill, although the sale of any products derived from this research is not explicitly allowed.

Last year, the state legislature required that the LCB study the viability of allowing processors to use hemp cultivated by licensed hemp farmers. See RCW 15.120.060. It’s also possible that a processor could use CBD derived from a hemp cultivator in another state that has implemented an Industrial Hemp program under the Farm Bill, but the Drug Enforcement Administration (DEA) has issued a Statement of Principle claiming that the interstate transfer of Industrial Hemp is outside the scope of the Farm Bill and therefore unlawful.

Processors may also claim that if CBD is derived from the mature stalks of the cannabis plant, it is not prohibited by the CSA. The CSA’s definition of marijuana “does not include the mature stalks of such plant, fiber produced from such stalks, oil or cake made from the seeds of such plant, any other compound, manufacture, salt, derivative, mixture, or preparation of such mature stalks (except the resin extracted therefrom), fiber, oil, or cake, or the sterilized seed of such plant which is incapable of germination.” 21 USC §802(16). In the early 2000’s, two cases out of the Ninth Circuit, Hemp Indus. Ass’n v. DEA, 357 F.3d 1012 (9th Cir. Cal. 2004) and Hemp Indus. Ass’n v. DEA, 333 F.3d 1082 (9th Cir. 2003) clarified that the DEA could not regulate hemp products merely because they contained trace amounts of THC. According to these rulings, some portions of the cannabis plant are explicitly outside the scope of the CSA. Thus, the court ruled that the DEA was not permitted to expand the scope of the CSA to encompass all parts the cannabis plant.

Because it was illegal to grow hemp in the United States until 2014, the Ninth Circuit decisions only applied to hemp imported from other countries. For CBD sourced from domestically grown hemp, today’s processors would need to know for certain from which part of the cannabis plant the CBD was derived to have a credible argument. If the CBD were sourced from any portion other than the mature stalks or seeds incapable of germination, then the product would be derived from marijuana and the processor could lose its license. There is also a question of whether a meaningful amount of CBD can even be extracted from mature stalks and seeds incapable of germination.

Processors who are using CBD additives do so at their own peril. Neither of the above legal theories provides much security as the licensee is counting on the fact that the LCB will accept this complex legal analysis and determine that the licensee is not using unlicensed cannabis. HB 2334 would provide some clarity and create a legitimate method to use unlicensed CBD. HB 2334 could also create an incentive for more farmers to participate in Washington’s fledgling hemp market. Finally, the bill would likely result in an increase in high-CBD products that some consumers–especially medical cannabis users–feel Washington’s market lacks.

For the bill to become law, it would have to pass the House, pass the Senate, and be signed by the Governor. It’s still too early to tell with HB 2334 will make it, but it’s worth keeping an eye on for now.