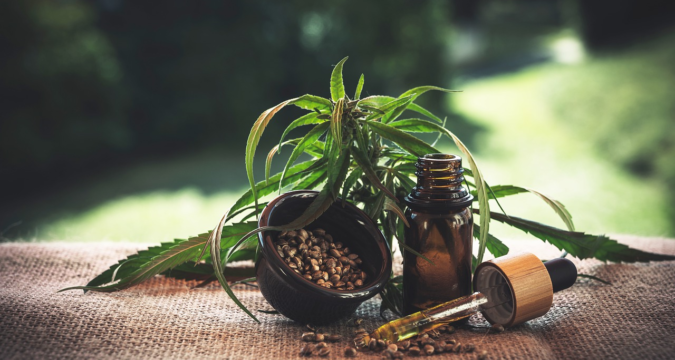 CBD has become a popular remedy for a lot of common conditions, and anxiety is definitely one of them. Cannabis has a long history of being used for therapeutic purposes, mostly because it has a calming effect on its users. Even though CBD is just one of the ingredients in the Cannabis plant, it has proven to be similarly helpful. Let’s talk a little bit about the use of CBD oil for the treatment of anxiety issues.

How Does CBD Oil Work?

CBD is short for Cannabidiol, and it is one of the primary components of the Cannabis plant. The psychoactive effects of marijuana are caused by a chemical called THC, but that substance is illegal. A lot of people think that Cannabis is completely illegal, but it’s actually THC that is regulated. That’s why CBD can be bought legally without a prescription.

Some people report anxiety issues when using marijuana, but CBD alone doesn’t have that problem. In fact, cannabinoid substances like this one are naturally present in the human body. The endocannabinoid system in your body regulates things like mood, sleep, reproduction, stress, appetite, and immune function. But, how does that actually happen?

The body interacts with cannabinoids through a series of receptor cells (called CB1 and CB2). These will bond with the CBD readily, signaling the brain to use it in a certain way. To put it another way, the human body is naturally equipped to use cannabinoids like CBD to regulate mental stability.

Is There Any Proof That It Reduces Anxiety?

As a matter of fact, there is a lot of evidence to show that CBD can reduce anxiety. Of course, it is very hard to prove or disprove anything related to a person’s mental state, but we will see what evidence is available.

First, we might mention this study, conducted by a group of Japanese researchers last year. The test subjects were a group of 37 teenagers, all of whom had been diagnosed with social anxiety. They used two different metrics to measure relative anxiety, and both of them showed a significant decrease in the anxiety of the subjects.

Let’s look for a little bit more evidence. This one was quite similar to the first one, except that they added a simulated public speaking scenario. This allowed them to get a better idea of how CBD can help a person who is under stress to resist anxiety. Much like the researchers in Japan, they used multiple metrics and got the same result every time. They also tested it against several established anxiety medications, and the CBD seems to have been superior.

Here is a study that goes more into the details of how CBD affects the brain. Some people might find it hard to understand, but there’s a lot of good information here. For this one, they found 33 people with serious clinical anxiety issues and measured their anxiety levels as best they could. A placebo was used for comparison, and the CBD again proved to be highly effective.

This study was a little bit more medical in nature, as it focused on the measurable effects that anxiety has on the human brain. This one might be a little hard to understand, but it is much more comprehensive than the others. For a subjective subject, this is about as scientific as you can get.

We were surprised at just how much evidence exists here. In fact, this isn’t even all of the material that we found! There is insufficient space here to cover all of the many studies that have confirmed the anti-anxiety benefits of CBD oil. Besides, we think this is enough for you to get the idea.

How Should You Use It?

You can use CBD oil in a number of ways. First, we should talk about dosage. There are many opinions on this question, and there is plenty of room for experimentation. Unlike many other medicines, CBD carries no risk of overdose, so there’s no real risk here.

Let’s go back to the Japanese study we referenced earlier. These researchers found that all the test subjects demonstrated a significant decrease in social anxiety, and that happened with a dosage of 300mg per day.

As for the best way to take CBD oil, the list could be endless. it can be added to virtually any kind of food or drink. If you don’t want to fool with all that, you can just put it under your tongue for a while. This is called sublingual use and is one of the quickest ways to get the CBD into your system.

There are also topical versions that can be used externally, but those are useless for anxiety issues. A lot of people prefer using Stirling CBD oil in a vape pen, and it mixes well with many of the most common vape flavors.

As you can see, there is plenty of evidence to show that CBD is one of the best anxiety treatments out there. Of course, we should bear in mind that the diagnosis of anxiety is a subjective matter. There is no hard scientific test to diagnose or measure anxiety, so all of it comes down to a judgment call. However, there is no doubt that many people have been able to reduce their anxiety through the use of CBD oil. It’s pretty hard to argue with a track record like that.

wpDiscuz
1
0
Your questions and comments are welcome!x
()
x
| Reply