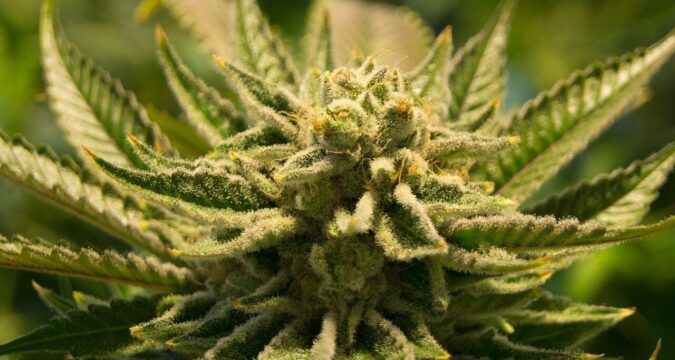 Smokable hemp flower is one of the most pleasant ways to get your daily dose of CBD. A lot of people are using CBD for its medicinal benefits, and this is a nice and legal way to do so. Still, you have to make sure you know what you’re buying. Otherwise, you could get ripped off by unscrupulous sellers. Here are five particular strains that are known to be well worth their cost.

This strain was named after an iconic strain of tomato, but its name is fitting in another way. Proponents say that this flower gives you a great lift to your emotional state. It is described as “skunky yet sweet,” and that aroma is one of its most distinctive features. Imagine a fruit salad mixed with large amounts of cannabis, and you have a pretty good idea of what to expect.

More importantly, this one is fairly high in CBD, coming in at 12%. It also contains an extremely long list of terpenes, which makes a lot of sense. Apart from the well-known health benefits of CBD, a lot of people smoke this stuff because they enjoy the flavor. This strain has clearly been cultivated with that in mind.

This one was originally a combination of two other strains, ERB and ACDC. Based on the standard descriptions, this one might be described as “sweet and sour.” On the one hand, it smells like a pleasant mix of pine and citrus. This is accentuated by a slightly “sour” taste that blends well with the rest of the package. Some people compare it to the “Sour Diesel” strain, and it does have a similar terpene profile.

In terms of CBD content, this one packs a great big wallop. It will normally have at least 16% THC, and it will often have a little more. In fact, it was selectively bred for that very purpose. It is a hybrid of Sativa and Indica, but most people say its effects lean more toward the Sativa side.

Even when it isn’t grown for the hemp market, this strain of cannabis has always been known for its high CBD content. In fact, it was never very popular with Marijuana growers because of its relatively low THC content. However, these same qualities make it one of the biggest mainstays in the smokable hemp scene. It behaves like a bright and uplifting Sativa strain, but it is technically a hybrid.

This one stands out because of the fact that it has won several Cannabis Cup awards due to its high CBD content. When you are smoking for the medicinal benefits, you want reliable performance. This strain is sure to provide that for you. Although CBD is not a psychoactive substance like its cousin THC, it can provide a certain relaxing effect. ACDC is one of those that will probably provide that as well.

When you see a name like that, you know that you are in for something fruity. And, not surprisingly, the dominant taste seems to be pineapple. For those who prefer to eat a little bit of their hemp, this is definitely one to try. It doesn’t have a piney or earthy taste like many other strains, nor does it have a floral taste. Of course, it also has about 19% CBD, so you can’t really go wrong here.

This one has a dark and earthy look, but don’t let its drab appearance fool you. It’s about 18% CBD, making it one of the better choices for medicinal use. It also tends to be well below the 0.3% THC level that is required for legal hemp. This makes it a good choice for growers because compliance is less likely to be an issue. A lot of people recommend it for meditation, saying that it calms their mind very effectively.

The flowers tend to be sticky and resinous, making them a little harder to break up and put in a paper. Still, they work very well in a pipe of any kind. As for flavor, a lot of people say that it has more of a berry flavor than anything else. This probably comes from one of its parent strains, Early Resin Berry. That strain was used to improve the original Special Sauce strain, and the results seem to be pretty satisfying.

Although there are plenty of great choices when it comes to smoking hemp, these are five of the safest choices we know. When you go with a known and trusted type, your chances of satisfaction are much greater. We hope that we have given you the knowledge to make wiser use of your hemp dollars and that you will come back to read more.