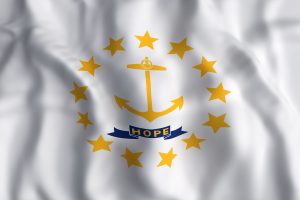 Both the number of hopeful medical cannabis cultivators and registered patients have shot up over the past year in Rhode Island, yet another indication of the continuing growth for MMJ businesses in even some of the nation’s smallest markets.

According to the Providence Journal, Rhode Island has 18 licensed MMJ growers, and an additional 93 are in various stages of obtaining a permit to cultivate.

The first cultivation licenses were awarded in January, according to the 2017 Marijuana Business Factbook.

The Journal also reported that the state’s three dispensaries are now serving 19,161 registered MMJ patients, which represents a 17% increase over the previous year.

Meanwhile, there’s no cap on the number of growers Rhode Island may license, which led one lawmaker to worry that too many could be entering the market and that the state is “setting these cultivators up for failure,” according to the newspaper.

About 25% of the 8,430 pounds of MMJ produced in Rhode Island in 2017 were grown by the 18 cultivators, the Journal reported, with the industry racking up $27 million in retail sales.