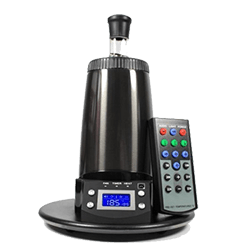 There are a number of harmful stereotypes that marijuana users constantly face from the uninformed bystander-slash-parent-slash-politician caked up with lobbyist money.

Whether it’s that they’re lazy or always eating or sleeping until noon, these categorizations simply aren’t true of today’s cannabis consumers. Hell, the International Olympic Committee just removed CBD from their restricted list, so a significant number of the world’s most elite athletes must use medical marijuana to a certain extent.

But all that stigma shattering does leave “stoners” exhausted at times.

Just because the cannabis itself doesn’t make us couch potatoes all the time doesn’t mean we don’t need a rest day to catch up on Netflix here and there. (Talking to you, America’s conservative AARP-eligible population.)

And for those times, we don’t necessarily want to march into the kitchen to bake edibles for hours or put all 10 of our fingers on an assembly line to roll the required amount of joints necessary to finish off Black Mirror and Shameless. We just want a machine to do it for us, and preferably via remote control, as any red-blooded American would. Stop treating us differently!

Luckily, for the Netflix-binger in all of us, there’s the Airizer Extreme Q vaporizer. This bad boy seems so perfect that I’m starting to wonder if I’m in an “I Am Legend” sequel and all my state-of-the-art electronic marijuana gadgets are getting exponentially smarter and more convenient just to win me over and then take over the world while we all remain blissfully baked.

Nah, they would never do that to us.

Anyway, while we’re still in control of Earth and the robots remain willing to facilitate our cannabis-related needs, the Extreme Q is quite possibly the best at-home vaporizer solution on the market when you take performance, engineering, and value into consideration.

We review plenty of portable devices at Marijuana.com, so it was a nice change of speed to sit down and be waited on by my vaporizer. Once I loaded the Extreme Q up with my flower of choice — the delicious and glue-tricious Lemon Fuel Zookies from Golden State Cultivators — the rest of the experience was a breeze.

Whether you want to use the included tubing (or “whip” for the vape nerds out there) to hit the Extreme Q directly or the included bag system to take your massive artificial third lung around the house with you as you “clean” and “be productive,” the choice is yours. The versatile Extreme Q is the only tabletop vaporizer that lets you decide, as classic models like the Volcano offer just the balloon method and other competitors just the whip.

Because baked me fell in love with watching the bag fill up with my future clouds, that ended up being the preferred method of use. You simply load up the chamber, attach your bag, and wait for the magic to happen. 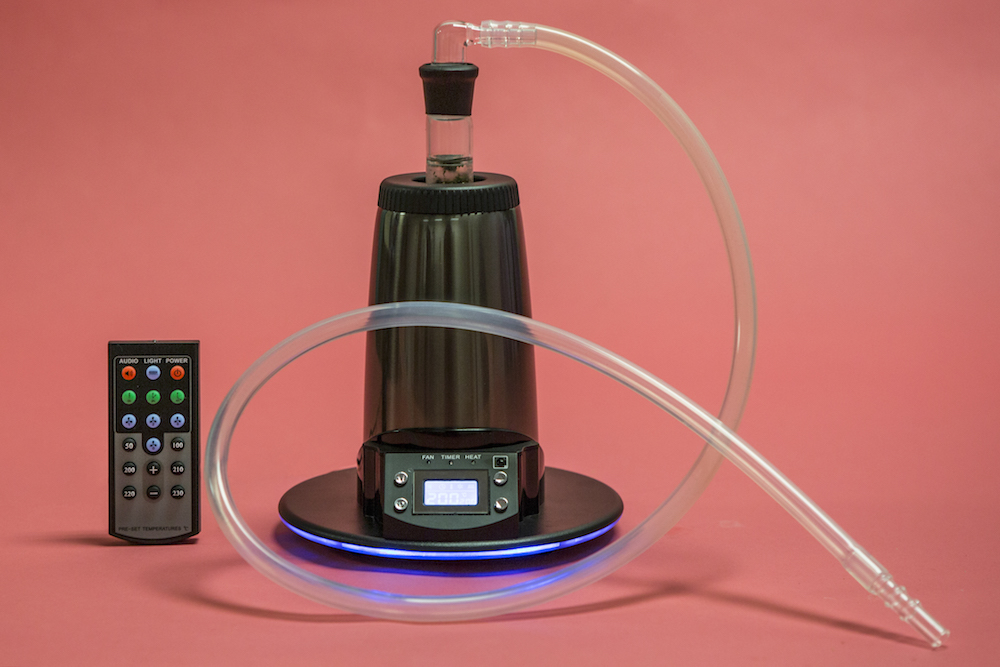 While you can certainly control the entire unit from its easy-to-use front panel controls, what’s the fun in that? The Extreme Q is the first vaporizer on the market to include a wireless remote, so you might as well embrace it, guys.

You can effortlessly set the temperature and fan speed right from the remote as well as shut her down before the bag overfills. Personally, I found the best taste and volume of vapor for my flower at 200 degrees Celsius. The lowest fan speed allowed me to get the most from my bud, creating a dense vapor that was full-flavored and quite “effective,” to say the least.

If you stir your flower around after the first bag session, it’s not out of the realm of possibility to get a second or third balloon ride from your initial pack.

Baked me also appreciated that the Extreme Q’s exterior is built with dual-layered stainless steel and chrome to keep my forgetful fingers from getting burned to a crisp.

After finishing a few sessions with the Extreme Q, my brain had this puppy pegged at roughly $400, but I was pleasantly shocked to find out this space-age anti-smoking device could be had for under $200 — aka you basically get a free ounce of tree with it (how I justify buying things, it’s bad).

Check out the Arizer Extreme Q at Vapornation!