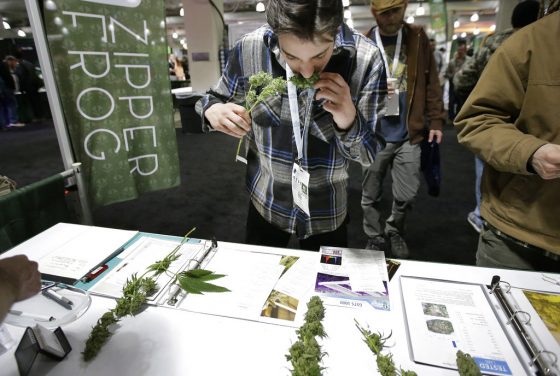 BOSTON — Banned cannabis has made an appearance at the New England Cannabis Convention in Boston.

The event took place on Saturday and Sunday at the Hynes Convention Center, which bans the plant.

Marijuana samples were photographed at a vendor’s booth as the group gave away free cannabis seeds with the purchase of a T-shirt.

Conference founder Marc Shepard says if vendors did have cannabis, which he could not confirm, they’d be in violation of the convention center’s policy.

Shepard says the event is about networking, not consumption.

An adult can possess up to one ounce of pot in Massachusetts in public, and up to 10 ounces at home with no penalty. Sales to adults 21 and older are expected to begin in July following the legalization of recreational marijuana in November 2016.