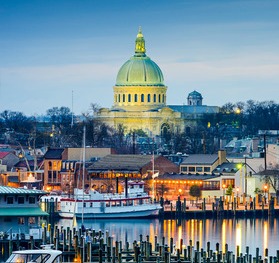 Maryland’s medical marijuana program put minority applicants for business permits at a disadvantage, according to a new study that recommended race be factored into any future MMJ licensing.

The study’s author – Jon Wainwright, managing director of NERA Economic Consulting – said the findings support “the use of race- and gender-based measures to remediate discrimination affecting minority- and women-owned businesses in the types of industries relevant to the medical cannabis business.”

Diversity in Maryland’s MMJ industry has been a hot-button issue because minorities won only a small number of the retail and processing MMJ business licenses and none of the cultivation licenses.

The cultivation licensing process was even delayed because of a lawsuit stemming from the diversity issue.

Commissioned by Gov. Larry Hogan in April, the report will likely make it easier for regulators and lawmakers to consider race when awarding future medical marijuana business licenses, The Baltimore Sun reported.

The state’s General Assembly is considering a bill that would create five new licenses and require race to be factored into how they would be awarded, according to the newspaper.