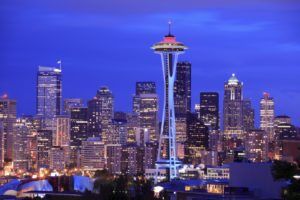 In an effort to bring “restorative justice” to communities that have been disproportionately affected by drug law enforcement, Seattle’s mayor and city attorney said Thursday that the city will move to dismiss marijuana possession convictions that were prosecuted before Washington state voted to legalize the drug.

The state passed a measure in 2012 allowing adults age 21 and over to carry up to an ounce of marijuana.

It is not yet clear how many cases will be affected by retroactively applying the policy. But the move would alleviate what can be devastating personal and professional consequences for those convicted.

“This front of the failed war on drugs had a clear racial bias and disproportionately targeted and impacted communities of color in our state,” Seattle Mayor Jenny Durkan wrote Thursday in an op-ed.