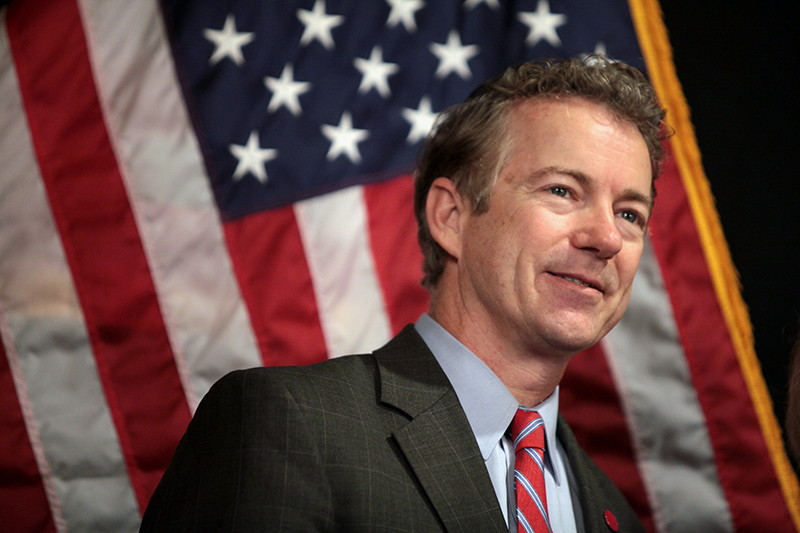 On Friday, Kentucky Senator Rand Paul stopped by to speak with the ladies of The View. After first describing the chaotic events of the past couple of months, the junior senator from the Bluegrass State addressed America’s mounting anger management issues and the racial disparity caused by our federal marijuana law.

Once Sen. Paul regaled Joy Behar, Meghan McCain, and Sunny Hostin with his harrowing story of being tackled by a neighbor and shot at by a stranger, Whoopi Goldberg asked the senator a rather poignant question: “Before we go, you feel like ah – marijuana should be legalized in the United States?”

Paul, a one-time Republican candidate to be President of the United States, commented on the matter during a 2015 debate.

“We say we like the 10th Amendment, until we start talking about [marijuana]. And I think the federal government has gone too far, I think that the war on drugs has had a racial outcome, and really has been something that has really damaged our inner cities.”

Paul explained that, in addition to users being incapacitated by the drugs themselves, “we damage them again by incarcerating them and then preventing them from getting employment over time.”

Sen. @RandPaul shares why he believes it’s a “terrible crime to put people in jail for pot,” and explains how the statistics show a severe racial inequality when it comes to who’s persecuted for marijuana. https://t.co/f8u2wc159S pic.twitter.com/6Prl1C8ncc

Sen. Paul drew an analogy between the current racial injustice of our federal marijuana laws and Michelle Alexander’s book – “The New Jim Crow.”

“I think it’s a terrible crime to put people in jail for pot,” the Kentucky senator said. “And I think if you look at who’s in jail for pot, it’s primarily black and brown people. Its poor people, people who don’t have enough for an attorney.”

According to Paul, “the number one impediment to voting rights anymore, is actually having a criminal record.”

Disproportionately divided along racial lines, even in states that have legalized adult use, marijuana arrests remain elevated for those historically disenfranchised. Less than equitable, a 2016 report prepared by the Colorado Department of Public Safety discovered the decrease in the number of marijuana arrests was highest for whites.

“If you look at people who smoke marijuana, white people and black people smoke it at the same percentage,” Paul said. “There’s something wrong there.”