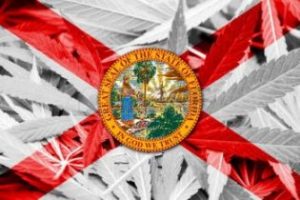 A New York-based marijuana investment company used cash and its Canadian-listed shares to fund a $48 million acquisition of a licensed medical marijuana business in Florida.

The deal gives iAnthus a toehold in what is expected to become one of the nation’s largest MMJ markets. The company trades on the Canadian Securities Exchange as IAN.

Randy Maslow, president and co-founder of iAnthus, said the $48 million transaction is the largest M&A deal in Florida’s cannabis sector to date.

“Florida is the big prize,” he told Marijuana Business Daily. “The reason we love Florida is you can open up to 25 dispensaries immediately, dwarfing any other medical state, and the demographics are phenomenal.

“It’s a state with a lot of opportunity and a limited number of licenses.”

GrowHealthy spent close to $20 million to complete its 200,000-square-foot facility in Lake Wales, according to Maslow.

And, within that structure, Maslow plans to establish cultivation space as demand increases.

The facility currently houses 4,000 square feet of canopy that produces 500 kilograms of medical marijuana per year.

Construction of GrowHealthy’s flagship Palm Beach County dispensary is expected to be in operation by July.

The company also is working on leasing arrangements for dispensaries in Tampa and Orlando. They are planned to open in the third and fourth quarter, respectively.