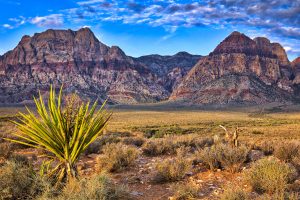 After a contentious public comment session, Nevada’s marijuana regulators voted to make permanent most of the temporary rules that allowed the state to get an early start on its recreational cannabis industry.

The updated rules were approved unanimously by the Nevada Tax Commission on Tuesday but still must be approved by the Legislative Commission before the temporary rules lapse at the end of February, the Las Vegas Review-Journal reported.

Some Nevada cannabis growers that don’t possess dispensary permits complained before the vote the new rules put them at a disadvantage.

According to the newspaper, the growers argued that they face going out of business because “vertically integrated companies can buy marijuana from themselves and never have to go to standalone cultivators.”

Under the temporary regulations, only licensed distributors are allowed to transport marijuana in Nevada.

The new regulations allow retail dispensaries to make deliveries of up to 1 ounce of marijuana or cannabis products to private residences in compliance with the existing seed-to-sale tracking system.

Deliveries to casino hotels are still prohibited because the gaming industry is regulated by federal law.