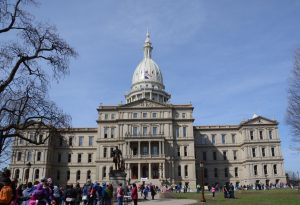 The only operating medical cannabis testing lab in southwest Michigan has received approval to continue operations while it undergoes the new state MMJ business licensing process.

According to MLive.com, the town of Kalamazoo – where The Spott Laboratory is located – gave the business permission on Monday to keep its doors open while obtaining a state permit.

The licensing window began Dec. 15, and the lab will be required to apply for a permit by Feb. 15.

The lab is one of just “a handful in the state,” the lab’s owner told MLive.com, and is the only in that region of Michigan.

If the city council had not adopted an ordinance formally allowing the lab to keep operating, it would have been forced to close until it received a state permit, the news outlet reported.

If that had happened, it could have created a supply shortage as the state’s MMJ industry transitions to a regulated market that will include safety testing for all MMJ products.

Kalamazoo is also working on an ordinance to permit other types of MMJ businesses, but that likely won’t be ready for consideration by local officials until 2018.