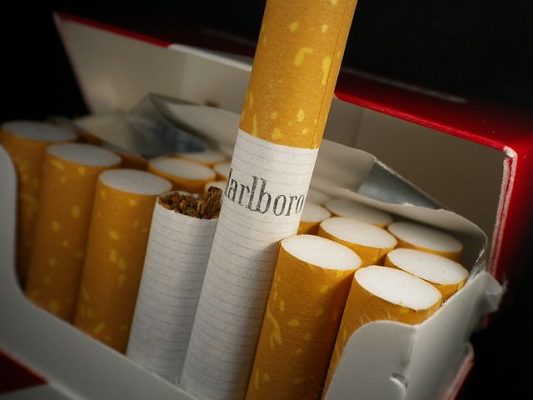 You can buy pot-laced jerky, marijuana body oils and Valentine’s themed joints in some states that have legalized cannabis in recent years. But you will not find Marlboro brand marijuana cigarettes, despite online articles suggesting they’re on sale.

The false story has circulated for years and the latest iteration says the ‘M’ brand cigarettes are being sold in pot-friendly Colorado, Washington, Oregon and Alaska. The story includes a doctored photo of a pack of Marlboro cigarettes, where the usually red trim is instead a swampy green and the package reads “Marlboro CANNABIS,” with a tiny green leaf on the cigarettes.

Philip Morris spokeswoman Iro Antoniadou said in an email the account published in urhealthguide is false.

Despite a wave of victories for pot advocates at the state level, marijuana remains illegal at the federal level. U.S. Attorney General Jeff Sessions signaled a tougher approach to federal pot enforcement in January, making the marijuana marketplace an even riskier bet.

This is part of The Associated Press’ ongoing effort to fact-check misinformation that is shared widely online, including work with Facebook to identify and reduce the circulation of false stories on the platform.