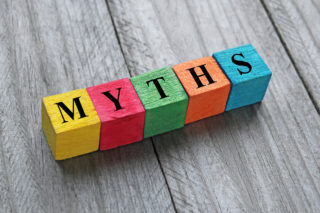 With new startup companies that plan to raise funds, I’ll often have a sit-down meeting to discuss the fundraising process, the company’s growth path, and address any concerns of the startup founders regarding financing. At these meetings I’ve heard company founders say each of the following:

Trading stories with our corporate cannabis attorneys up and down the west coast, it seems like all of us have heard similar things. However, none of the above is based on reality or adviseable, and some of it is downright dangerous. So, let’s bust some myths around financing your cannabis startup.

“Dilution” is super-scary word that rarely has the perceived affect, particularly in the context of equity financing. By-and-large equity financings are done in successive rounds, when the value of the company is increasing. Companies very rarely do a down-round (raising funds at a decreased valuation from the previous round) unless they are truly backed into a corner and in need of cash. Outside of these rare occurrences, a round of equity financing that significantly increases the valuation of the business may result in the “dilution” of owning a bit less of pie that has now become much bigger. Consider: would you rather own 10% of a $10 million dollar pie ($1 million), or 8% of a $25 Million pie ($2 million)? The answer is why a company would want to go from a $10 million Series A to a $25 million Series B. Ultimately, the focus should be on growth and total value of the expanding pie, not on the percentage assigned to one’s slice.

If the dilution concern bogeyman had a slightly more dramatic cousin, it would be the “investors are going to take over our company” concern. The popular conception of this phenomenon is likely owing to Aaron Sorkin’s creative genius in the film “The Social Network” – the glass conference room scene in which Eduardo Saverin, played by Andrew Garfield, was both diluted (your stocks are worth pennies now!) and unceremoniously kicked out of The Facebook through some sneaky lawyer tricks that not even his spidey-sense could detect. In reality, not only is Saverin a billionaire, but investors will only have the ability to “take over the company” if they are given that ability. That type of term is rarely hidden in a footnote or a tiny font. No company with sound counsel “suddenly” loses control of a business. If the company does five rounds of equity financing and investors come to cumulatively hold a majority of the equity, then yes, they could wrest control of the board and therefore the company. But this happens over the course of many years, and many decisions made by the company in many conference rooms. Not in a single, dramatic scene.

Raising funds is not easy, and anyone claiming to be able to do it for you, particularly for a fee, should be viewed with extreme skepticism followed by an extreme review of their certifications to confirm that they are a “Registered Broker-Dealer” under the Exchange Act and with FINRA. See the SEC’s guidance here. The payment of a “finder’s fee” (even if you call it “consulting”) or any transaction-based fee to an unregistered broker-dealer may lead to severe penalties, and enough issues on the securities side that the company will be dead in the water.

Did we mention raising funds is not easy, particularly for companies in the cannabis space? Based on my anecdotal experience, the “conversion rate” from “we met an angel that’s interested, sounds like they want to write us a check right now” to the check’s actual arrival is well shy of 50%. Angel investors (good ones) don’t write checks on a whim, and responsible companies shouldn’t accept checks on a whim. Any investor who wants to write a check without seeing any documentation or doing other diligence on the company should be viewed with skepticism. Further, all investors need to be vetted and need to provide the company with information as to their accredited investor status. Angel rounds can be done fairly quickly and with minimal expense, but there is some process and the checks aren’t written after a single, informal chat.

Some elements of your corporate set-up can be delayed, and a competent business attorney should be able to identify those elements. But the critical “mumbo-jumbo” includes:

Incorporating is quite obviously crucial (look out for my next post on entity selection for cannabis startups in California, in light of state-wide legalization and federal tax reform). But issuing the company’s initial equity is a single important task that accomplishes many smaller important tasks: not only does it force the founders to have necessary discussions regarding their roles, ownership stakes, equity vesting, and whether and how to reserve equity for employees. But it also achieves the necessary task of assigning all the IP of the founders to the company, and forces the company to act by board action (either at a meeting or by written consent). A discussion with your attorney regarding equity should also cover 83(b) tax elections, and address the company’s growth path and cover securities compliance for any future inbound investments, as well.

At that point, you’re done with the legal mumbo-jumbo (for now), and you can get back to making the company a smashing success— even if that means being “diluted” just a bit.