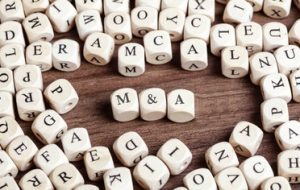 Oregon-based cannabis testing firm Evio Labs said it’s acquiring competitor C3 Labs in Berkeley, California, which will give it a presence in the Bay Area to go with its labs in Southern California and north of Sacramento.

Evio operates 10 testing labs in five states: four in Oregon, two in California, two in Florida and one apiece in Colorado and Massachusetts, according to the company’s website. C3 in Berkeley will be its 11th.

Under the terms of the deal, Evio acquired a 60% stake in C3, with an option to purchase the remaining ownership stakes, according to a news release. A final price will be determined at a later date.

The C3 lab has also already been granted a temporary business license for California effective Jan. 1, meaning the lab will be able to continue operations uninterrupted, despite the launch of the new California regulated market on New Year’s Day.

Evio CEO William Waldrop called the acquisition “a tremendous milestone” for the company as it continues its push for national expansion, and noted that the Berkeley C3 lab had racked up $1 million in revenues over the last two years.

Mandatory cannabis product testing will kick in starting in July for California MJ businesses, which means demand for testing services will ramp up throughout 2018.