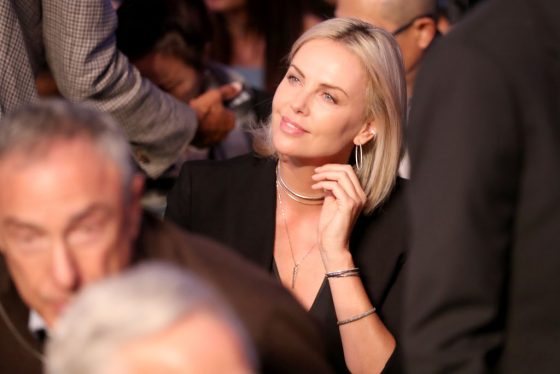 Charlize Theron opened up to E! News about marijuana use in her younger years in a recent interview.

“Yes, oh god yes, I was a wake-and-baker for most of my life,” the Oscar-winning film actress told E!’s Sibley Scoles when asked if she’d ever smoked cannabis in her life.

Theron, joined in the Feb. 26 interview by Gringo co-star David Oyelowo, continued: “Yeah, I was older, I didn’t really mess around with anything until I was much older. I really appreciated marijuana way more than alcohol or anything else. I was smokin’ from a bong. And then it just changed one day, in my early thirties, I just became boring on it. It totally changed. So I stopped.”

At 42, Theron hasn’t sworn off the plant entirely. She said she would be “open to retrying it again” since, “now there’s all these different strains and you can be specific with it. And I’m actually really interested because I have really bad insomnia, and I’d much rather get off sleeping pills and figure out a strain that helps me sleep better.”

Is a weed line for insomnia in Theron’s future? Stranger things have happened.

Gringo has a release date of March 9.