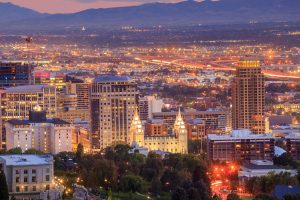 CBD confusion has spread to Utah, where state authorities have launched an investigation of the nascent cannabidiol industry even as business owners are risking expansion into the hot market.

The confusion started in late December, when the Utah Division of Occupational and Professional Licensing seized about $400 worth of CBD products from an antiques store southeast of Salt Lake City.

Authorities did not charge the store owner with a crime, but they issued an administrative subpoena telling him that CBD cannot be sold, according to the Salt Lake Tribune.

“It’s not legal,” Lt. Todd Royce, a spokesman for the Department of Public Safety, told the newspaper.

Utah is among the states that have authorized CBD use, but only for people with certain medical conditions.

However, it’s unclear whether hemp-derived CBD is legal if the plant is grown under federal authorization.

Similar CBD confusion has bedeviled other states that carved out CBD-only laws.

It’s legal to grow hemp under 0.3% THC is any state that allows it.

But the CBD-only states have no way of knowing whether products on shelves were derived from legal hemp, or if retailers are selling marijuana-derived CBD to people who don’t qualify.

Some Utah retailers are undaunted by the legal confusion, according to the Tribune.

“If you’re getting CBD oil from the hemp plant, you are legally fine,” said Michael Bowen, who co-owns the Salt Lake City-based apothecary Natural Law and plans to sell CBD.