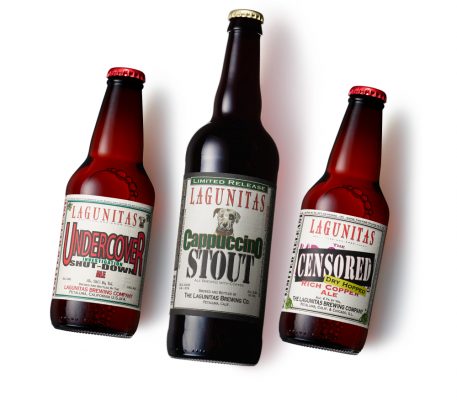 Magee — whose California brewery was shut down at one point for 20 days because of marijuana use on-site and who later would sell that brewery to beer conglomerate Heineken N.V. — spoke about the correlation between the craft beer and cannabis industries. He also touched on what role traditional industries and companies like Heineken might play in marijuana’s future.

Describing his tenure in craft beer as “24 years of life on the nose of a rocket ship,” Magee implored cannabis entrepreneurs to prepare for any economic convulsions or industry consolidation that may come.

“You’ve got to be thinking about this stuff today, while you’re in the boom time, that you plant the right sorts of seeds and grow the right kind of company that you can persevere into a future that will have constraints that are not present today,” he said.

Cannabis can learn from American craft beer’s booms and busts, Magee said, outlining how breweries grew organically, then through acquisitions experienced a bottleneck with the rise of regional distributors. Since the mid-1800s, the number of breweries fell from the thousands to the dozens in the late 1970s and climbed back up into the thousands in the 1990s, he said.

Magee foresaw another swing in the 2010s when the number of craft breweries soared toward 6,000 and global operators intensified their acquisition plans.

When access to opportunity contracts, “you need a big brother,” he said.

For Lagunitas, big brother turned out to be Heineken N.V., which acquired a 50 percent stake in the brewery in 2015. The Amsterdam-based brewing conglomerate would acquire the other half nearly two years later. Terms of the deal were not released, but analysts’ estimates at the time put the deal at $1 billion.

“It’s not the same as selling out … it was the necessary step not for today, but to prepare ourselves for the world coming 10 years from now,” Magee said.

Cannabis, like Lagunitas, should emphasize branding that shows people “what you live and die by.”

Even while cannabis companies should prepare for unique business opportunities involving large, traditional corporations, they also need to brace for competition with them, he said.

“Those guys are going to open the doors for you,” he said, noting Consumer Packaged Goods businesses could push federal legislation paving the way for cannabis-related operations.

“They’re your best friend from a legalization standpoint,” he continued. “You need to be their biggest enemy once they come into the market. But you only do that by being way, way, way ahead of them, and they’re pretty smart people.”

Those traditional, large-scale entities are closely examining the cannabis space, looking for windows of opportunity, he said.

That includes Heineken, which recently rang him to learn about the cannabis space, Magee said.

While some research reports have positioned legal cannabis in opposition of the alcohol industry, the sales declines experienced by large U.S. brewers don’t necessarily translate to the craft beer sector, Magee said.

As such, the cannabis and craft beer sectors already are “inextricably connected” and there’s potential for future collaboration, he said.

Cannabis cultivators are tapping into the experience of hop growers in the Yakima region of Washington State, he said, and craft brewers are starting to implement extraction technologies honed by marijuana manufacturers,

“Why shouldn’t Led Zeppelin learn from Picasso?,” Magee said. “This is what art is about, creativity is all about. And at this point in time, craft brewing is still much about art and certainly cannabis production is about the art and the creativity to determine what comes next.

“Because the future is coming toward both industries so quickly.”