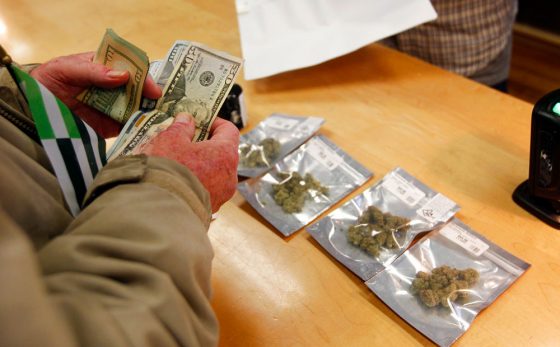 JUNEAU, Alaska — Marijuana tax revenue in Alaska fell for the second straight month in December, though a state tax auditor says the slide may be short lived.

The state says it collected about $784,000 in marijuana tax revenue in December.

That compares to about $869,000 in November and about $920,000 in October, which is the most that has been collected in a single month since the collection of marijuana taxes from state-licensed businesses began in October 2016.

The tax is imposed when marijuana is sold or transferred from a marijuana cultivation facility to a retail pot shop or marijuana product manufacturing facility.

Tax auditor Dustin Heintzelman says preliminary reports indicate tax revenue for January will be around $1 million. He declined to speculate on why revenue tumbled in November and December.