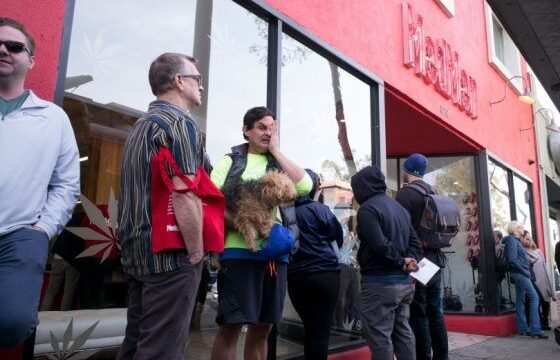 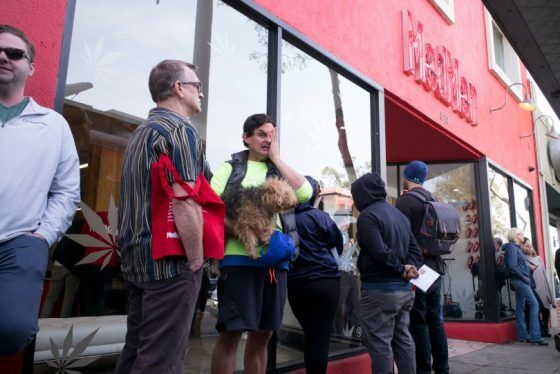 By The Cannifornian, The Cannabist Staff

It may not be long now before the first legal recreational marijuana shops begin operating in Los Angeles.

At the moment, local approvals are only being given out to existing medical marijuana dispensaries that were given “limited immunity” that allowed them to operate under Proposition D, a now repealed ban on cannabis businesses. Several of these businesses applied to sell cannabis to adults, and others were also cleared by the city to grow and distribute marijuana, and to manufacture pot products.

West Hollywood was one of the earliest cities in Los Angeles County to issue licenses to retail adult-use marijuana shops, which were able to obtain the state licenses in time to begin operating by Jan. 2. The city of L.A.’s licenses are being issued two weeks after recreational sales became legal in California.

Arman Mnatsakanyan, the manager of a Sun Valley shop, Exhalence by Booku, said their shop has been in business for 12 years, during which time they have been following the city’s rules. They have already paid their local licensing fees and submitted their application to the state. All that’s left now is to await state approval, which they expect any day now.

“We are very happy that finally the city recognized us as a dispensary, and we can’t wait to be recreational,” he said.

Licenses will continue to be given out over the next few weeks, with as many two dozen processed last week, city officials said. Once those businesses pay their local fees, and the state also grants approval to those businesses, the first legal adult-use marijuana stores in Los Angeles will be able to operate.

This story was first published on TheCannifornian.com