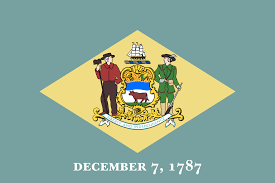 The Delaware Legislature is back in session, and your lawmakers need to hear from you! Let them know you want this to be the year that Delaware stops the cruel and counterproductive policy of prohibiting marijuana.

A legislature-created task force is already exploring taxing and regulating cannabis and will present its findings to the legislature and governor by February 28, 2018. Sen. Margaret Rose Henry and Rep. Helene Keeley — who sponsor the Delaware Marijauna Control Act — co-chair the committee, which includes agency heads, lawmakers, advocates, and opponents. The task force has considered important issues like consumer safety, taxation, public safety, and packaging and labeling.

After the task force issues its report, there may be changes made to the bill before it is considered by the legislature.

In states that have already legalized it, regulating marijuana similarly to alcohol is creating good jobs and revenue, while undercutting the illicit market. The New Hampshire House and Vermont Legislature have already voted this year for limited legalization bills. Considering a majority of Delaware voters support making marijauna legal, there is no reason for delay.

If you live in Delaware, please contact your lawmakers and ask them to support cannabis regulation.