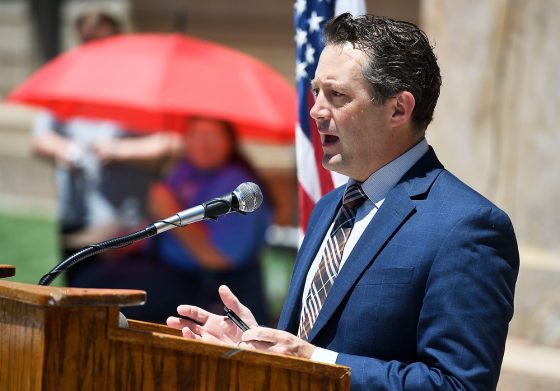 Elected officials from across Colorado are leading a national coalition of state politicians calling on U.S. Attorney General Jeff Sessions to convene a task force to align federal and state cannabis laws.

The new organization calling itself Leaders for Reform on Wednesday sent a letter to Sessions condemning his Jan. 4 rescission of the Cole Memo and related marijuana guidance.

The move, the group claimed in the letter, eliminated safeguards “put in place to protect public safety,” while sowing confusion and chaos in states with marijuana laws.

“We, at the local levels and state levels, we don’t like to work in chaos, we don’t thrive in chaos,” Pueblo County, Colo., Commissioner Sal Pace said Wednesday during a press conference call.

The group’s aim is to spur a “healthy dialogue” on how to address discrepancies that exist between federal and state laws and to provide a clearer path for local municipalities, he said.

While a task force explores aligning federal and state cannabis laws, “we would request that the Department of Justice not initiate new enforcement actions in situations where operators are following state and local (cannabis) regulations,” the letter said. “This would provide certainty to the basic operation of local governments across the country.”

Leaders for Reform’s founding members hail from 11 states, though Colorado politicians comprise 80 of 109 signatories to the letter.

It was also published Wednesday as a full-page ad in the conservative-leaning The Washington Times newspaper in hopes of getting its message under the eyes of President Donald J. Trump, Pace said.

Leaders for Reform plans to further vocalize its position by continuing conversations with federal lawmakers as well as taking the message to the National Association of Counties’ 2018 Legislative Conference in Washington, D.C.

Among the Congress members the group has already spoken with are Rep. Earl Blumenauer, D-Oregon, and Sen. Cory Gardner, D-Colorado, Pace said.

The coalition’s letter is the latest in a string of missive sent to Trump administration officials by state and federal legislators expressing concern over the Cole Memo’s removal and what that could mean for state-regulated legal cannabis businesses.

Learn more about Jeff Sessions rescission of the Cole Memo: