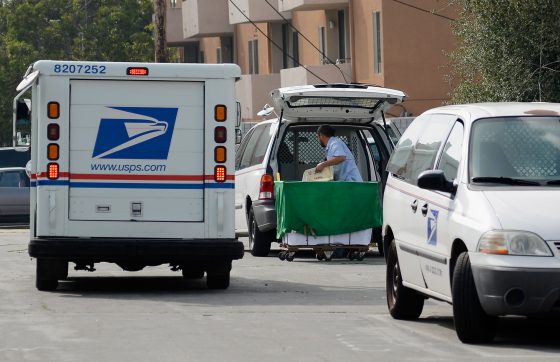 DENVER — Prosecutors say a Colorado man has been sentenced to one year and a day in federal prison after investigators found 123 marijuana plants at his home.

According to a statement issued Thursday by U.S. Attorney Bob Troyer’s office, investigators searched Mark Koenig’s home in Arvada after finding that he had mailed three packages in 2015 and one package in 2016 containing marijuana.

Troyer’s office says drug-detecting dogs alerted U.S. Postal Inspectors to each package and they seized between 950 grams and 1.6 kilograms of marijuana from each package. Investigators then searched Koenig’s home in January 2016 and found the plants.

Troyer’s office says Koenig pleaded guilty to possession of a federal controlled substance with intent to distribute in October. He was sentenced on Jan. 25.