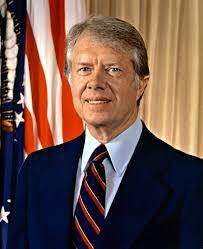 Part of a year-long series, longtime cannabis law reform advocate and historian Allen St. Pierre examines monthly for Cannabis Business Executive the last fifty years of cannabis prohibition and the public advocacy efforts in America to bring about the ongoing and inescapable sociopolitical changes underway first at the state, and soon,  federal level regarding cannabis policy.

During this period of time there was something of a fate accompli politically and culturally that marijuana prohibition was largely coming to an end and that substantive reforms were on the near horizon. However, before the end of the 1970’s, almost all of the forward momentum groups like NORML had mounted for decriminalizing marijuana quickly dissipated in the face of scandal, quick-growing opposition, counter organizing by parents groups against pot and an incoming Republican administration in the executive branch which was keen to wrap itself up in the arms of volunteers-turned-government-cronies-against-cannabis.

In his riveting account of NORML’s first ten years of public advocacy for marijuana law reform, Patrick Anderson’s High in America aptly captures the remarkable outreach a small non-profit like NORML was having in advancing cannabis law reform, with the organization being regularly profiled in newspapers, magazines and TV.

America’s first legally recognized medical cannabis patient, Robert Randall, finally prevails in his legal case against the District of Columbia. The court orders that Mr. Randall has cannabis made available to him via the Compassionate Investigative New Drug Program, where the nascent National Institute on Drug Abuse (NIDA) funded marijuana farm at the University of Mississippi, tries to quietly provide Mr. Randall with a whopping monthly dosage of three hundred pre-rolled cannabis ‘joints’ to help treat his acute angle glaucoma.

Accordingly, Randall’s case is enjoined in the then six-year-old NORML vs. DEA cannabis rescheduling legal proceedings, which if successful, would have national implications in all fifty states.

The thoughtful and scientifically credible results of the university-based medical cannabis research is pretty much shelved at the request of the anti-marijuana Ronald Reagan administration that proceeds an otherwise cannabis tolerant Jimmy Carter Administration.

Cannabis law reform groups like NORML and ACLU worked on a two-tier level to decriminalize (not legalize…) cannabis at the state and federal levels.

“Penalties against possession of a drug should not be more damaging to an individual than the use of the drug itself; and where they are, they should be changed. Nowhere is this clearer than in the laws against possession of marijuana in private for personal use. We can, and should, continue to discourage the use of marijuana, but this can be done without defining the smoker as a criminal. States that have already removed criminal penalties for marijuana use, like Oregon and California, have not noted any significant increase in marijuana smoking. The National Commission on Marijuana and Drug Abuse concluded five years ago that marijuana use should be decriminalized, and I believe it is time to implement those basic recommendations.

Therefore, I support legislation amending Federal law to eliminate all Federal criminal penalties for the possession of up to one ounce of marijuana. This decriminalization is not legalization. It means only that the Federal penalty for possession would be reduced and a person would receive a fine rather than a criminal penalty. Federal penalties for trafficking would remain in force and the states would remain free to adopt whatever laws they wish concerning the marijuana smoker.”

The state decrim efforts, medical cannabis advocacy and federal lobbying all reached a peak by the end of the 1970s because the elections of the next two anti-marijuana Republican presidents in Ronald Reagan and George H. Bush cast a pall on cannabis law reform for a half generation (arguably, advances in cannabis law reform in the US are extinguished until California voters in 1996 approve the first medical marijuana initiative).

The two fronts that create clear challenges for cannabis law reformers in the late 1970s come from, first, unsurprisingly, the government, and second, a surging ‘parents movement’ against pot.

While the Carter Administration came to vocally support marijuana law reform the myriad of acronymic anti-marijuana government agencies (DEA, NIDA, HEW, FBI, DIA, etc…) were too far entrenched and invested in Reefer Madness to give any quarter to emerging science and surveys regarding a shift in the public’s view of the herbal drug away from prohibition.

The US military, still believing that they were empowered by Nixon’s declared ‘War on Drugs’, start to both patrol domestically for cannabis via airplanes and helicopters, as well as try to ‘kill’ the source of foreign grown cannabis in Mexico by applying massive amounts of the chemical Paraquat on live cannabis plants in the fields.

NORML privately, then publicly confronted the Carter White House, notably Dr. Bourne, advocating for the military to cease poisoning the then main supplier of marijuana to American cannabis consumers, Mexico, explaining that prohibiting marijuana didn’t keep it coming into the US market, that instead, such policies of lack regulations and consumer quality controls exacerbated, not at all prevent, the proliferation of tainted product in the marketplace of millions of cannabis consumers.

The other major source for vexation for cannabis law reformers would be derived from a quick-growing, then grassroots organizing effort by parents against pot, however, pot was not the primary target for these successful and motivated parents, it was the explosion of pot paraphernalia sold unregulated in so-called ‘head shops’, record and poster stores and bodegas. That young teenage children could patronize these stores and come out with pipes, bongs, glass steamrollers and exotics (i.e., ‘BuzzBees’, throwing discs with mounted bowl for sharing long distance ganja tokes, gas masks mounted to pipes that could stick to car windows for easy use while driving or pot pipes in the shapes of penises) made for easy vilification and targeting by parents groups such as Parents Resource Institute for Drug Education (PRIDE), Families in Action (later, National Families in Action (NFIA) and the National Federation of Parents for a Drug-Free Youth (NFP).

Challenges for cannabis law reformers from 1976-1980 were three-fold: A budding ‘narcocracy’ of government agencies and law enforcement officials vehemently opposed to any marijuana law reforms; a once grassroots-oriented parents movement against pot being usurped by the executive branch, first under Carter, then more pronouncedly under President Reagan; self-inflicted challenges in the form of 1) an unbridled and easily maligned paraphernalia industry and 2) a severe political miscalculation on NORML’s part.

That the president’s ‘drug czar’ was attending a NORML party, where illegal marijuana was readily being enjoyed by participants was shocking enough, his, at the time, unreported use of cocaine, even more so.

Some weeks later, confronted by inquiring newspaper reporters who’d heard about Bourne’s attendance (and possible use of illegal drugs), NORML’s Keith Stroup at first kept them at bay, trying to exert pressure on Bourne to finally put an end to the military use of Paraquat in Mexico. When Stroup’s efforts ultimately failed with Bourne to intervene with military leaders, Stroup went back to the reporters sniffing around Bourne and confirmed both his presence at the NORML holiday party and his use of cocaine.

The consequences of Stroup choosing to out Dr. Bourne to the national media had immediate and predictable outcomes:

From 1976 to 1980 the greatly increased pace for marijuana-related arrests under Nixon’s declared ‘War on Drugs’ continue to soar with approximately 1,700,000 cannabis consumers, cultivators or sellers in total arrested by federal, state, county and local law enforcement (with eighty-eight percent of all arrests being for simple possession and over ninety-five percent of all pot arrests conducted at the local/state level).

General surveys and public polling on the issue of marijuana legalization (not decriminalization, which is all that reform advocates were seeking back then) effectively capture both the rise and fall for cannabis during this critical four-year period in the history of cannabis legalization in America. In the early part of the mini epoch of 1976-1980, the US public was increasingly in favor of marijuana reforms with a then all time high of twenty percent in favor of legalization, soaring statistically speaking, to twenty-eight percent in 1978, and then, likely due to the burgeoning parents movement against marijuana and NORML’s blunders, public opinion incredibly quickly shrinks downwards to twenty-five percent by 1980.

In America, regardless of the policy, absent a public support level of fifty percent or higher, public policy reforms are very hard to pass. Frustratingly, it will take nearly thirty years for public opinion surveys in America to show over fifty percent support for marijuana legalization.

Along with being the ‘golden age’ for cannabis decriminalization at the state level in the US from 1976-1980, this period of time should be well-recognized for the topic of marijuana increasingly appearing in popular American culture, notably in television and movies. Marijuana featured prominently in commercially successful movies such as North Dallas Forty, Apocalypse Now, Animal House, Midnight Express and of course Cheech-n-Chong’s epic Up in Smoke.

Even casual observers of the cannabis law reform movement, despite all the reforms at the state level then underway and a sitting president in Carter favoring decriminalization, should have taken notice in 1979 of then groundbreaking, primetime NBC News special—Reading, Writing and Reefer— that foreshadowed the dark and unremarkable years ahead for cannabis law reform as mainstream media and elected policy makers focused not on ceasing arresting adults for small amounts of cannabis, but, instead, started to entirely focus on the false promise of cannabis prohibition being an effective public policy to ‘protect kids from pot’.

From 1980 to 1996, marijuana law reform decidedly reaches its nadir, before, gaining back and more remarkable public support for progressive reforms that effectively roll back cannabis prohibition laws and enforcement in the next twenty years.

Allen St. Pierre is the vice president of communications for Freedom Leaf, a partner in the investment firm Sensible Alternative Investments and a NORML board member. In 1997, St. Pierre founded the NORML Foundation and was executive director for both NORML and NORML Foundation from 2006-2016.